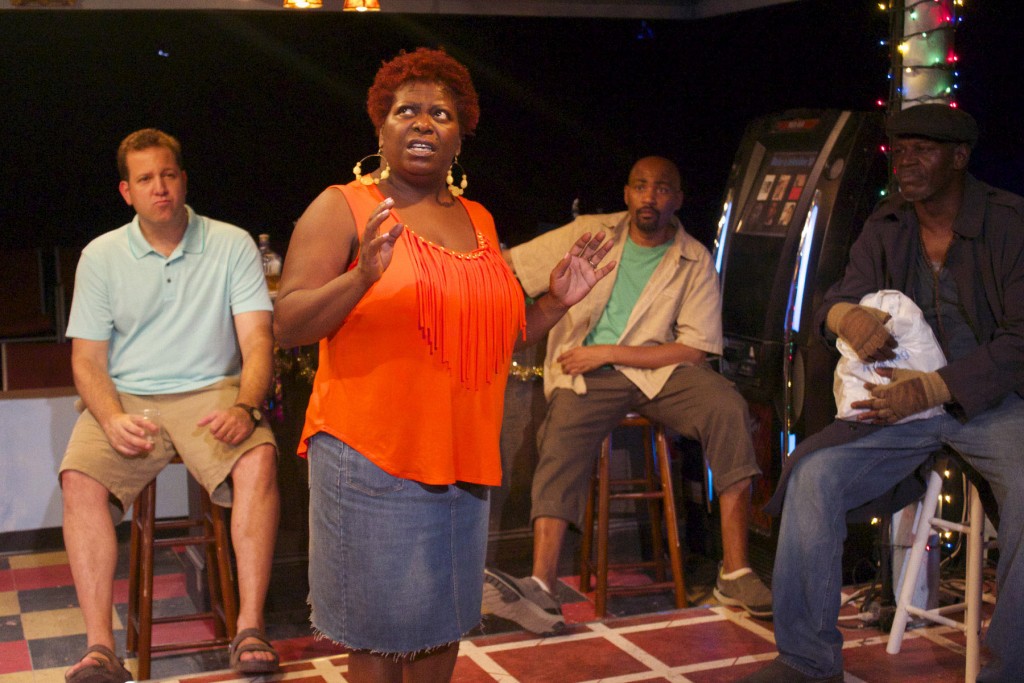 As subject matter goes, national tragedies are a slippery slope. Seldom do you get to see the proverbial forest and the trees. Take for example “Katrina: Mother-in-Law of ‘em All,” the latest from Interrobang Theatre Project. Aiming to contrast the broad media coverage of the devastating hurricane and its equally horrific aftermath, playwright Rob Florence zooms in on the lives of six inhabitants of New Orleans in order to offer a firsthand to-the-letter account. Yet in taking this kind of journalistic and almost clinical approach, Florence forgets one of the golden rules of storytelling: a story doesn’t inherently possess meaning, but rather gains it in the telling.

Taken individually, these six tales possess basic similarities and enough gory detail to be engaging, yet they ultimately fail to coalesce into a dramatic whole. Furthermore, the play is tonally inconsistent; actors frequently switch between being characters and narrators, addressing each other before turning to speak directly to the audience. And while one can accept that this is circumstantially an occasion for celebration—it seems to be a reunion of sorts—the play is, at times, gregariously and almost uncomfortably hammy.

This is not to say that “Katrina” comes across as exploitative. Just the opposite, really. As a dramatic work it feels highly defensive. One gets the sense that there is something holding this production back. Humor abounds but pathos is harder to locate, even within tales of death and ruin. Florence’s play attempts to normalize a hugely abnormal event and the end result provides less clarity than one might reasonably expect from this very fact-oriented approach.

This could be a case of a writer being too close to his subject or a general reluctance to apply an editor’s touch. Either way, Florence’s intentions affect the entirety of the production. There is little even the most talented actors in the ensemble can do. This lack of vision compounded with curious artistic choices—the pervasive mouth trumpet, for instance—leaves “Katrina” feeling incomplete, though unfortunately not in a way that reflects the state of irresolution still haunting the city of New Orleans. (Kevin Greene)