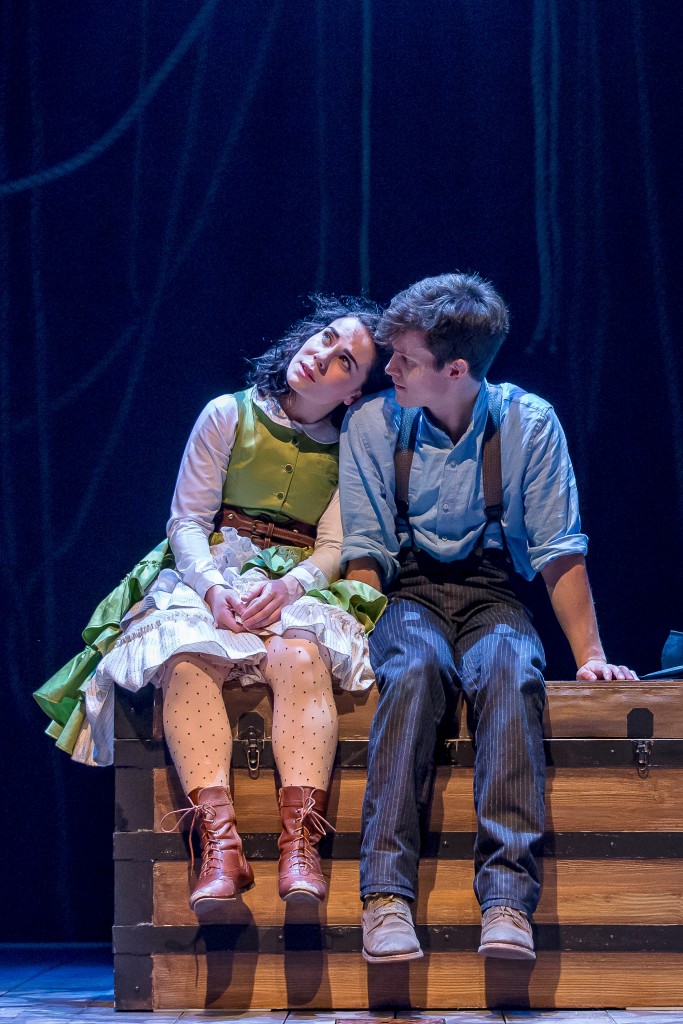 “Peter and the Starcatcher, ” now playing at Drury Lane Theatre, attempts to tell the story of how Peter Pan—the boy and the myth—became ageless.

Directed by William Osetek, this production boasts a strong cast of actors. Caleb Donahoe (Boy) is charming, even through all his trials. His signature line, “I hate grown-ups,” gives the audience reason to consider why he would rather continuously enjoy boyhood than grow up. He’s got good reason to be distrustful of adults. After all, he was orphaned, sent off on a pirate ship and finds himself in near-death circumstances because of his elders more than once. Emma Rosenthal wonderfully presents herself as Boy’s trusty ally, Molly—a character who is strong-willed, adventurous and daring.

Rhett Guter’s choreography is also lovely. There are several moments where the entire cast is on stage, seemingly rigging a ship or prancing around as mermaids when fish are touched by “starstuff,” that are a pleasure to watch because of the precise or playful movements of the actors.

However, as a whole the show is fairly predictable, especially if one is familiar with the story of Peter Pan. Comedic moments—like a reference to “Milkshake” by Kelis and a quick line from Madonna’s “Like a Virgin”—try to brighten the mood and add elements of surprise, but they instead feel rather out of place, slightly awkward, and serve as a reminder that the show is aimed more at an adult audience than the original tale. (Mary Kroeck)