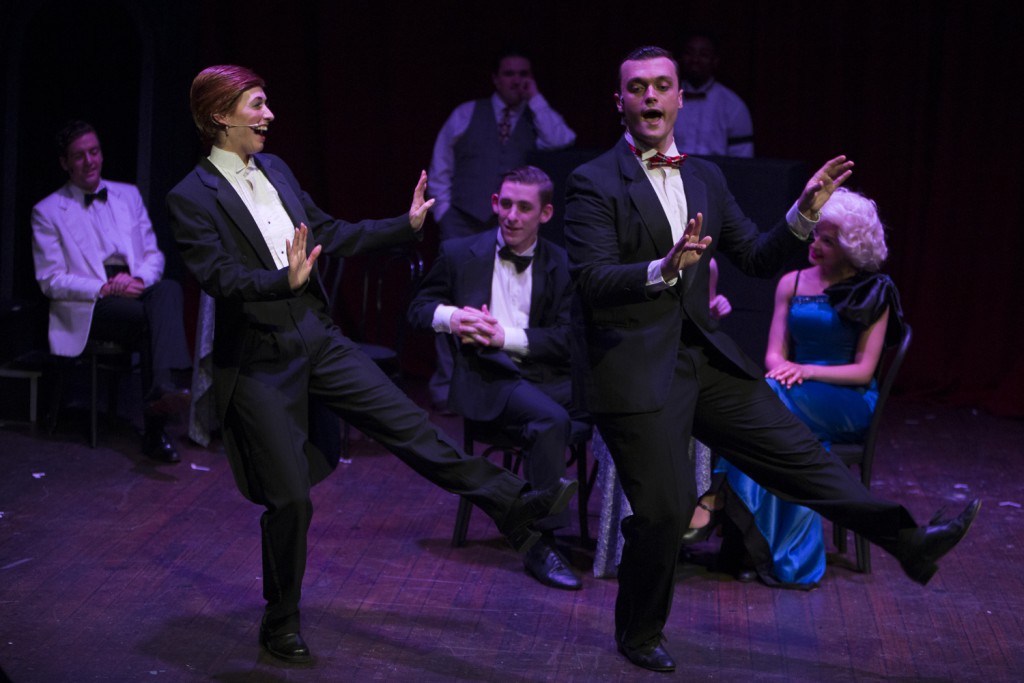 In the world of Chicago theater, it is customary to do a few previews before opening to the public, the critics and the Jeff Committee. Doing so allows a play to get on its feet and to be a little polished before the press comes in and makes public comment about the product. NightBlue Performing Arts Company, currently producing two shows in revolving repertory at Stage 773, opted to invite the press (this reviewer included) to an evening that was essentially a technical rehearsal, rather than a performance. This was a mistake. You see, I cannot tell you what it will be like when you opt to see “Victor/Victoria” because I have yet to truly see it myself.

I really want to say good things about this show. The script is wittily written and it seems that the cast is generally spot-on with their cues, so the comedy should be there. However, timing in the dance sequences isn’t quite ready for prime time yet. And the cast breaks character when mistakes happen. The scene changes take nearly as long as the scenes on either side of them. At the moment, this show isn’t ready to open.

Billy Dawson, who plays Toddy, does an admirable job of carrying the first act’s action upon his back. The play really is his story. He’s a gay impresario who discovers a young soprano who he sculpts into an impersonator of a female impersonator. Shari Mocheit fills the roll of Victoria Grant with a bit of the spirit of Julie Andrews’ film portrayal of the same part. Clearly these actors are used to being amplified, even during spoken segments, for when Mocheit’s microphone skipped the entire first act, the dialogue was left in an unintelligible mess. Luckily, the second act made up for much of the issues of the first.

I’m rooting for this play to do well. I imagine once it works out its kinks, it’ll be fine. However, I cannot recommend it in its current state. (Christopher Kidder-Mostrom)