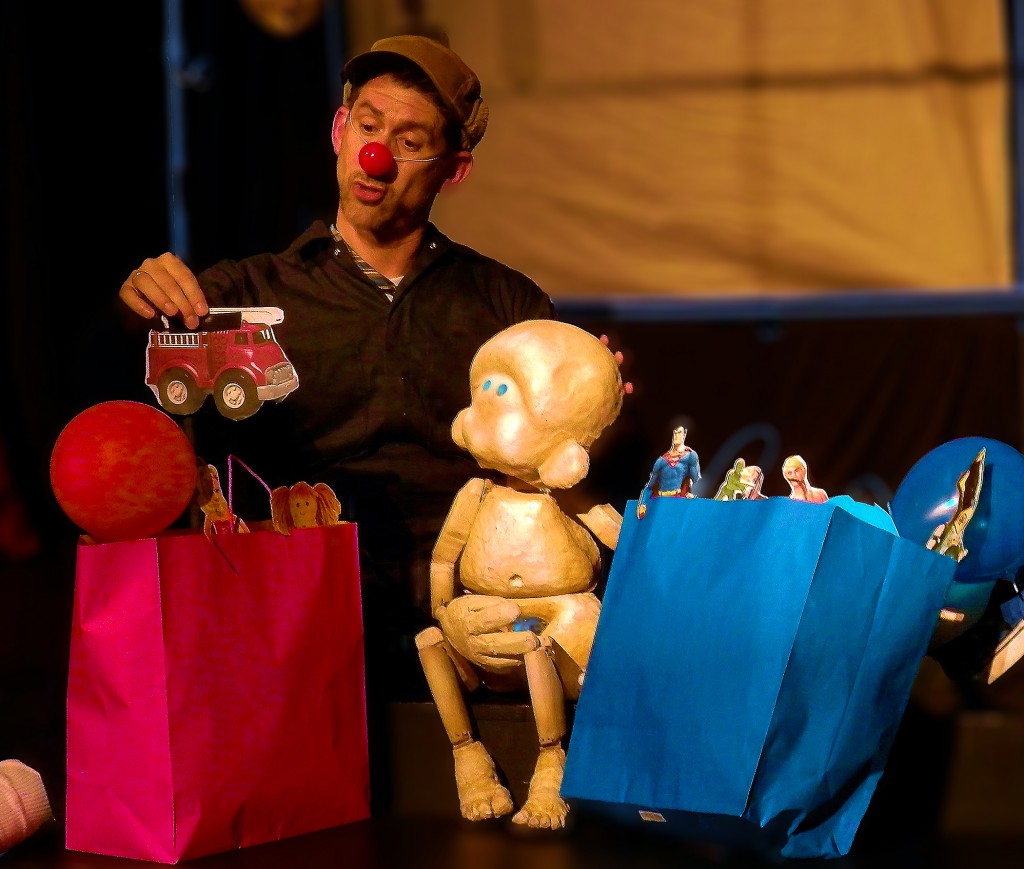 A fascinating and magical aspect of a theater festival is the possibility of thematic coherence created through a near-random selection of events. In 2015, this is a rare thing. In terms of festivals that focus on other art forms—music and film, for instance—it has never been easier to explore the participating artists’ work ahead of time. As a medium that prizes direct experience over unlimited replay value, and which, by its very nature, imposes various geographical, temporal and financial restraints, theater is a naturally ephemeral art form. That characteristic is further exaggerated within the context of a festival where, for even the most diligent attendee, it becomes nearly impossible to witness every piece being performed. While FOMO is pervasive within the festival mindset, it is possibly compensated by crafting personal, interlocking narratives from one show to the next. Thus little synchronicities emerge, some significant, others trivial. Yet each illuminates some previously hidden fold of the composite creature of the festival and offers insight into the desires of the participant.

Artists translating their personal experience into allegory and fantasy dominated my second day of Fringe. Dennis Frymire’s “Time and Spectrum” was characterized by a Vonnegut-like excursion through space and time. Frymire uses his mild, self-diagnosed Asperger’s as a means of exploring his family history, relationships and self-image. A three-time winner of The Moth StorySlam, Frymire excellently balances his tendency toward self-deprecation with risky narrative choices, spinning an elaborate multi-decade tale. Weaving autobiography with eighties pop culture, Frymire excels at locating moments of personal profundity within a comically elaborate and self-referential universe.

Like Frymire, Cindy Henkin also makes use of literary devices in her devised piece “Betwixt Between.” Yet where the former possesses a self-professed love of science fiction, the latter borrows liberally from the traditions of Victorian-era writers. And while Frymire is baldly and winningly self-involved, the connection between the heroine of Henkin’s tale and herself are never quite as clear. The show’s program notes that the performance was born from Henkin’s relationship with her grandmother, a fact we are asked to accept at face value. In contrast to “Time and Spectrum,” which pulled us down the rabbit hole of imagination, “Betwixt Between” is content to wander through the forest of idle curiosity, occasionally forgetting that special brand of restlessness that can come from being locked in a seated position in a dark, warm space for too long. Physically, “Betwixt Between” is a slow and meticulous work, more visually engaging than it is mentally stimulating. The performance is enchanting and clearly personal, though Henkin’s animated presence deserved better technical accompaniment, as the light and music often felt merely incidental.

The stifling weather that swept across Chicago during the first days of Fringe fell somewhere between an Indian summer and a cruel joke. Nowhere was that effect felt more acutely than in the gymnasium of the Congregational Church of Jefferson Park where I concluded my evening with “(Becoming) Hue Man.” In many ways, “(Becoming) Hue Man” was the piece I imagine people who aren’t familiar with fringe picture when they think of fringe. Featuring projection, puppetry and mime, “(Becoming) Hue Man” was a delightful exploration of gender roles, childhood anxiety and social conformity. A cutting, Chaplin-esque satire, the piece was a solidly entertaining reminder of how articulate mute performers can be. Though it occasionally got lost in some of its more repetitious exercises, “(Becoming) Hue Man” ultimately represented some of the most inventive and universally relatable theater I’ve seen so far at Fringe all while maintaining an aura of true otherness.

Which ultimately returns us to the theme of this coverage: what exactly does it mean to be fringe? Insofar as theater is a relatively unrestricted medium, where one regularly comes up against stark emotional realities, there is a great deal implied with the assertion that the artists featured at the Chicago Fringe Festival are somehow outside of this sphere. And yet many are within the orbit of the larger community: Dennis Frymire is a company member at The Ruckus, a rising star in the Chicago storefront scene; Cindy Henkin is a former ensemble member at Moving Dock Theatre Company. Furthermore, the ubiquitous notion that fringe works are impenetrable, esoteric and otherwise uninviting is easily refuted by the consistently humble and self-effacing work on display at this festival.

The paradox of conception versus reality is familiar territory for fringe artists, who trek from city to city, show to show, often to little or no fanfare. This very nomadic quality is reflected in their work. Their travels inform their art just as their art influences their journeys. And so these artists, like the audiences of Fringe, are constructing a piecemeal narrative out of experiences that are psychically linked though not necessarily directly connected. In that sense, we see our progress, one performance to the next, reflected in the endless sojourn of the artists themselves. (Kevin Greene)