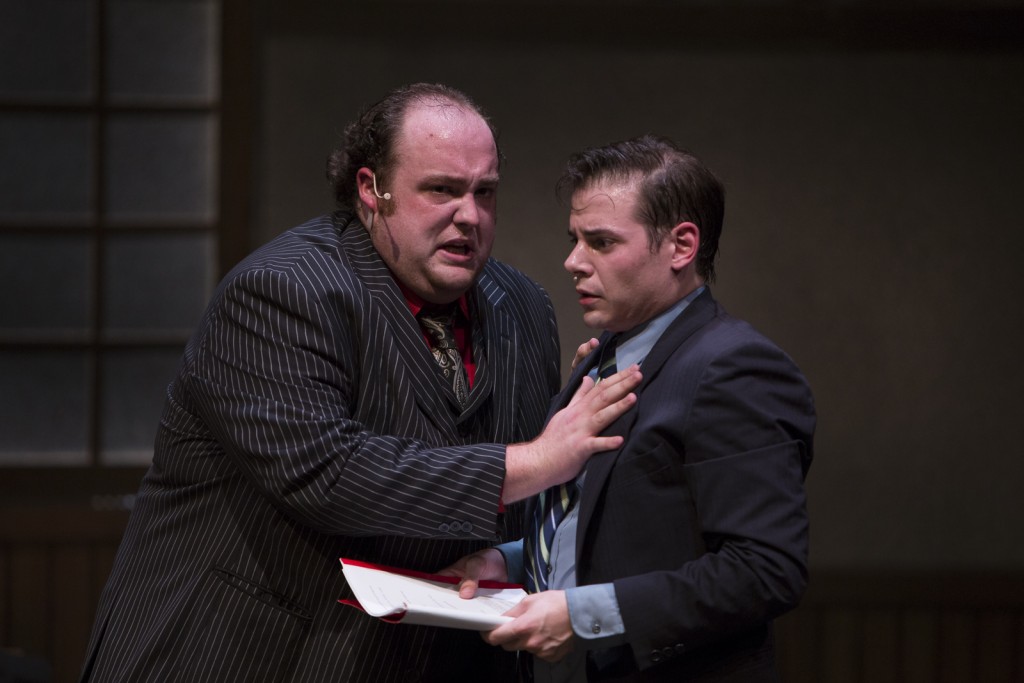 The premise of “The Producers” is based on a truth of theater production that is stretched to absurdity. It’s very easy to lose money when producing plays. Many investors in Broadway musicals put their money behind shows that are going to basically serve as tax write-offs rather than cash cows. So, the idea of a duo of producers who want to put on the world’s biggest flop in order to pocket a couple million dollars doesn’t actually seem as absurd as it may at first sound.

Mel Brooks’ musical (which was written with help from Thomas Meehan) is an energetic romp that follows Broadway producer Max Bialystock (Tommy Novak) at the nadir of his career and his journey toward the top again. He accomplishes his meteoric rise with the help of Leo Bloom (Ryan Stajmiger) who is an accountant who has always dreamed of working in theater. They devise a scheme to get rich and return to fame on the back of a terrible show called “Springtime for Hitler.” Unless you’ve been living under a rock for the last decade or so, you should be familiar with this much of the tale.

Now, the Thrust Stage at Stage 773 isn’t the largest space in the world, and cannot accommodate the large production numbers that once graced the Broadway production of “The Producers,” but under the direction of David E. Walters, the minimal set is filled with vibrant portrayals of unique characters, and the dance numbers choreographed by Kim Green and Jenna Schoppe use the talents of their people to the fullest potential.

Stajmiger’s Leo is a sparkplug of positive energy each time he graces the stage. And that virtual spark carries over to everyone he interacts with. Cara Chumbley (who plays Ulla) and Novak are the greatest beneficiaries. The chemistry that they share makes for rich levels of entertainment.

Billy Dawson is of special note as well. He carries off his scenes as Roger DeBris with panache and charm, as well as a good amount of tongue-in-cheek attitude. He fits perfectly into the overall feel of the show. (Christopher Kidder-Mostrom)