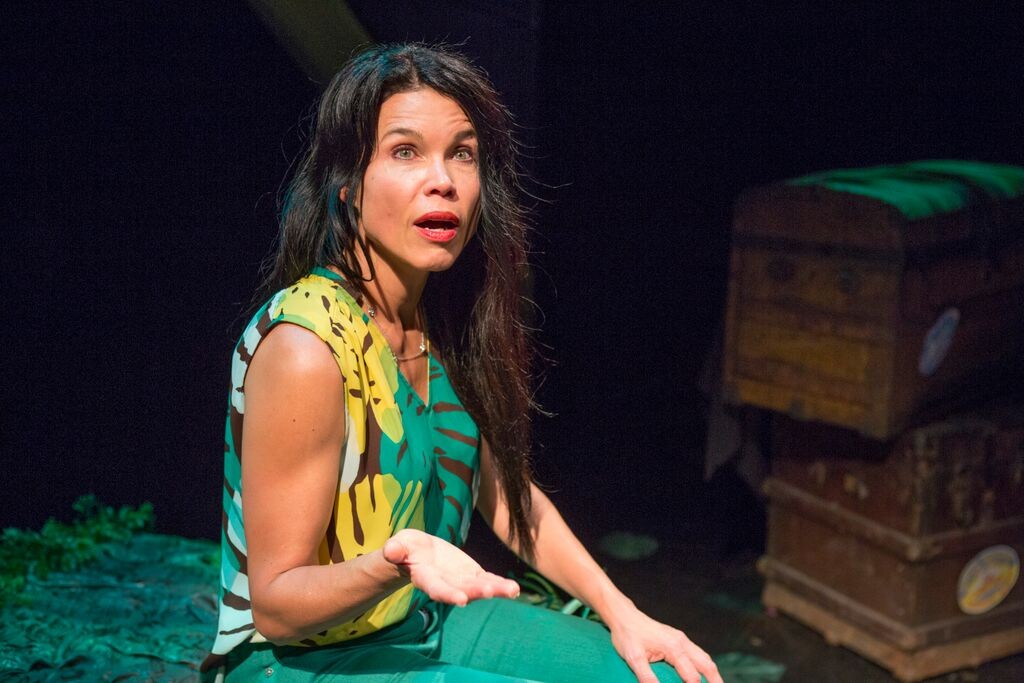 “Jamaica, Farewell” had quite the buzz going on a packed opening night. Clearly, the audience is there for a thoughtful, engaging theatrical treatment of life on the island, in all its charm and sadness.

Unfortunately, this one-woman show isn’t it. Writer-performer Debra Ehrhardt dispenses the obligatory “ya mon” clichés—from foot-long spliffs to “Don’t Worry, Be Happy”—while offering us barely a glimpse of her country’s soul, or her own.

The play tells of young Debbie’s escape from her homeland in the 1970s, when the nation was convulsed in civil war over then-Prime Minister Michael Manley’s attempt to move the poverty-wracked island in the direction of social justice. Unhappy at the prospect of a second Cuba in “our backyard,” the U.S. State Department decided to arm the opposition. The predictable result was social chaos, government clampdown and economic meltdown.

Against this grim background, the cute, spunky Debbie hatches her plan to flee to America, with its “shopping malls the size of Jamaica.” Ehrhardt, a capable mimic with an irresistible smile and an accent to match, voices everyone from her pious mother to her alcoholic father to the gun-toting CIA agent whom she pegs as her ticket to the golden land.

We see how her tropical warmth conceals a coolly calculating spirit, one capable of participating in a risky money-laundering scheme and manipulating men for her own ends. Her climactic trip to the airport is a harrowing one, as she fends off a rapist while outmaneuvering the law. But it’s the inward journey that matters in a work of art, and in that sense the self-absorbed Debbie isn’t going anywhere.

This slight piece would do better as a brief cabaret monologue. In its current form, under the workmanlike direction of Joel Zwick (of “My Big Fat Greek Wedding” fame), “Jamaica, Farewell” is just too little butter spread over too much toast.

The play never explores its own major moral conundrum, that the CIA agent who is Debbie’s personal savior is also her country’s saboteur. But what is her country? Unresolved questions of identity haunt this murky, evasive play. When Debbie, the successful smuggler who takes no side but her own, arrives in Miami and launches into “I’m a Yankee Doodle Dandy,” the effect is more creepy than comical. (Hugh Iglarsh)