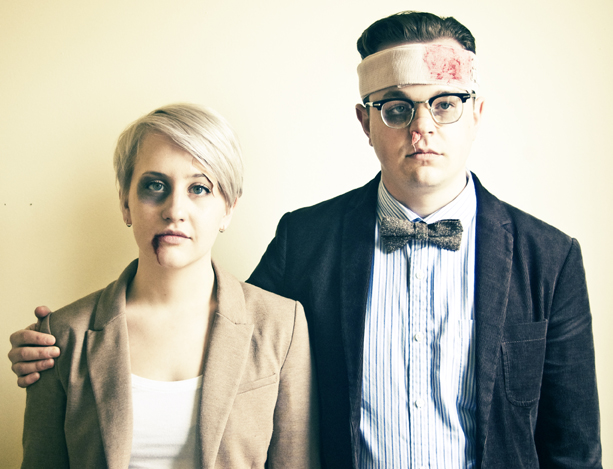 “We are bibliophiles, we know every book known to man.” So begins “Dan & Kate’s Book Club,” a Friday-night foray into literature for the ludicrous. If you are truly a bibliophile, and the idea of an improvised show based off your favorite esoteric novel appeals to you, this show will either tickle your erudite sensibilities or disappoint you until you make snarky comments about how you didn’t expect them to know that author anyway.

Spoiler alert: Dan Jackson and Kate Yeagle have not actually read every book known to man. DO NOT BE ALARMED WHEN THEY DON’T KNOW WHAT BOOK YOU’RE TALKING ABOUT. The premise of the show is that they reenact a few key scenes from a book suggested by the audience, a book with which they are, wink wink, familiar. On a piece of poster paper they draw out the story arc and create a web of the critical characters.

In the show I saw, their suggestion was “Chicka Chicka Boom Boom,” a popular children’s book that was not written by John Grisham. Except for in the case of this show, where it was. The final element introduced is the underlying tension between the two players, a tension that is used to drive the show and provide a means of ending each scene. In this case, Kate sold Dan’s little brother some pot, and Dan was perturbed. Unfortunately, this tension seems only to cut into scenes unnaturally rather than move the action. The show is very short, less than thirty minutes, so it may be out of necessity, but there were moments where good scenes that were gaining traction were interrupted, denying the crowd a semblance of drive and reason. In addition, there are too many moving pieces, evidenced by the fact that the actors got their many characters confused at least once.

The concept is fun, but nearly impossible to execute well with the available time. Dan and Kate make an admirable effort, but you may want to wait until the movie comes out. (Logan West)