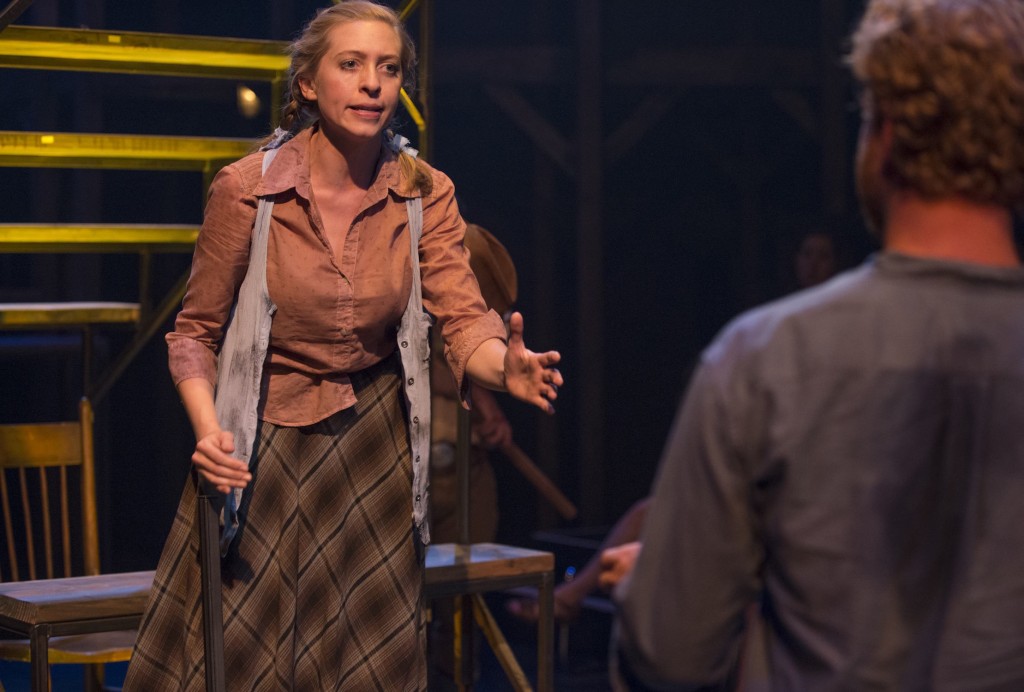 Exploring classic works by revisiting them in new forms can be exceptionally enlightening, and this is especially true with The House Theatre’s newest offering, “The Revel.” By adapting “The Bacchae” of Euripides, writer Damon Kiely is not asking us to more deeply explore the ancient Greek work itself, but rather to look at the behaviors of faith and celebration that can be fomented through the use of music in a more modern setting.

In the hands of director Leslie Buxbaum Danzig, the confines of the Chopin Theatre become an all-encompassing experiential environment that emulates a Dust Bowl-era town in Appalachia in the midst of a Christian revival.

The Deacon (Andy Lutz) stands in as a surrogate for the character of Dionysus in the Greek original. Here the character is a preacher who has come to town to spread the word of love (i.e. God) rather than to find revenge on those who have wronged him (the goal of the Greek god of wine in Euripides’ work). That one change makes all sorts of difference in the lessons and morals we are able to glean from Kiely’s piece. The plotline still plows through tragic events akin to when Dionysus leads the women of Thebes to the wilderness to get drunk and to throw their customs and rules to the wind. Here the Deacon leads the women of town to the mountaintop to learn to love and to find joy in music.

This migration of the ladies causes problems for Peter (Chris Mathews) who runs a factory in town and sees himself as the de facto ruler of his hometown, like his father and grandfather before him. He attempts to put a stop to the singing through whatever means possible, despite his own mother (Sarah Charipar) and sister (Christine Mayland Perkins) being some of the Deacon’s followers.

When the revelers begin to follow a new leader who is full of fire, the Deacon’s message gets smothered and twisted within an energetic frenzy that leads to a fully satisfying, if somewhat horrific end. (Christopher Kidder-Mostrom)