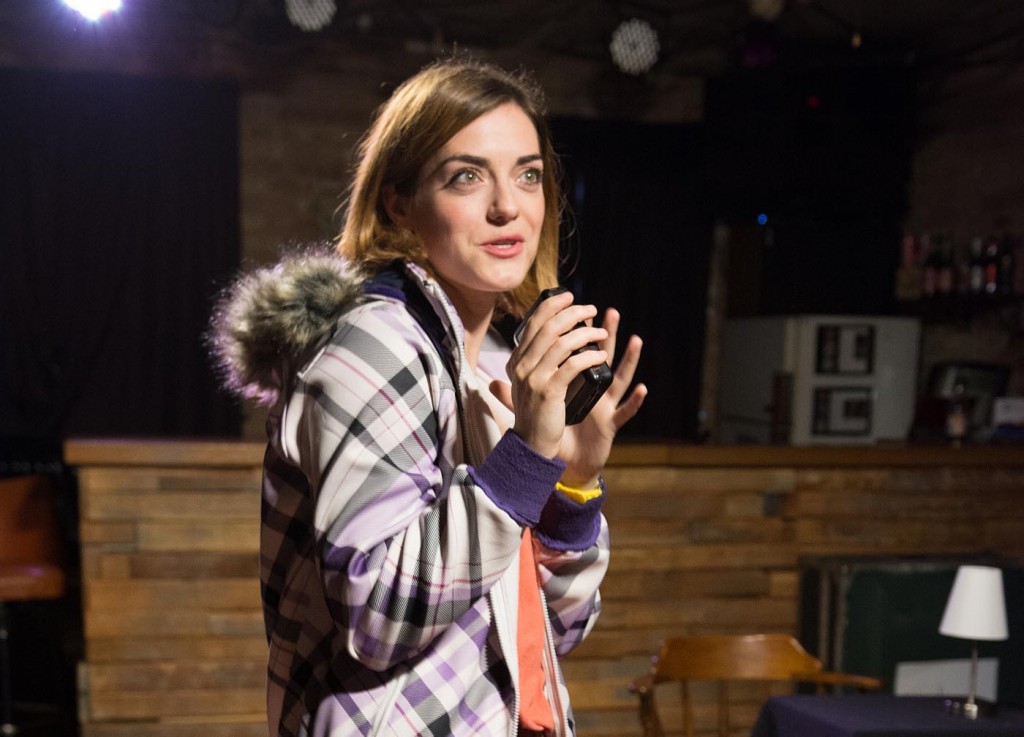 Playing in the tiny Hugen Hall, Julia Lederer’s script fills the space completely, thanks in part to director Thrisa Hodits’ staging and Ashley Ann Woods’ scenic design, which takes advantage of the space’s inherent difficulties to create the feeling of being on a car on the Blue Line, as well as in a cramped apartment and a disembodied location possibly within the characters’ minds. The characters’ minds are the real stars of this show, though.

This is a play about action through inaction. It is a love story that takes place between two people who aren’t good at interacting directly with each other. It is a love story for a modern age wherein we focus more on a screen than on another person’s face.

Abby Pierce plays a character named simply Blue Line Rider (she was named Subway Rider in past non-Chicago productions). Pierce’s character communicates with the object of her desire (Tom Murphy) by way of recorded cassette tapes on which she leaves scattered, yet eloquently poetic, thoughts about love and yearning. Early in the play she declares, “Your voice twists my tangled spaghetti guts around a silver fork, smooth, shiny and clean.” That’s what Lederer’s words do to the audience when Pierce speaks. She takes us on a roller coaster ride of joyous and torturous emotions with which we can all identify, but not quite clearly express.

The lovers in this play never actually interact with each other, and yet they grow to understand each other better and more deeply than many can. This quirky tale of unusual people on a train rises to a rare level of universal truth, all while making us laugh. A lot. (Christopher Kidder-Mostrom)