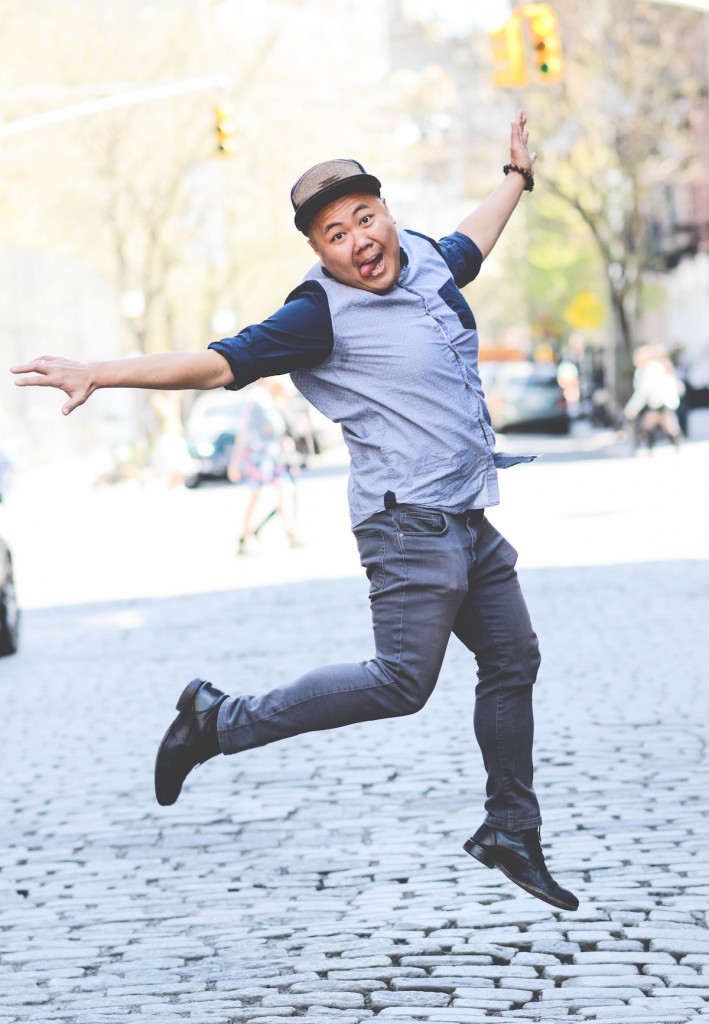 Over the span of the Fringe Festival’s ten days, I regularly heard this argument from non-Fringe goers: the Chicago theater scene is already pretty “fringy.”

The insinuation is two-fold: clearly, some folks do not feel the need to venture as far out as Jefferson Park as they believe there is plenty of weird and/or thought-provoking work being done closer to home; there is also the insinuation that Fringe is redundant in a city where, as the expression goes, two people in a coffee shop constitutes a theater company.

For some of the performers, to be sure, Fringe is like the one bar in town that doesn’t card, but for the rest there seems to be something about the culture of the festival that appeals to their sensibilities. And yet, what my friends wanted to know was what exactly makes performing at midday in the basement of a church directly over an O’Hare flight path worth it?

For an ideal example of a Fringe personality you need look no further than Kit Yan. For my money, Yan represents the spirit of Fringe. If you were anywhere in the vicinity of the Congregational Church you probably ran into him handing out flyers for his show “Queer Heartache,” itself an intimate and fiery hour of slam poetry. Yan’s near-ubiquitous presence brought to mind one of the under-acknowledged components of Fringe: accessibility to the artists. Whether at Fringe Central or in the back alleys between shows, Fringe artists were everywhere and almost always obliging. Yan was as accessible on stage as he was in person, weaving often delightfully explicit anecdotes of identity, family and sex with humor and passion.

Yan’s solo performance rose to the top of a crowded field at Fringe.

Of the seventeen shows I was able to see in four days, more than half featured only a single performer. This is one of those pesky facts about Fringe that while being true is also misleading. Yes, there was an abundance of transparently autobiographical, one-person shows. However, there were numerous performances that constituted more conventional fare. I don’t use that tag disparagingly; I would have gladly exchanged several of the more stereotypically “fringy” performances I witnessed for “Ladies Night of the Living Dead.” Written by a male playwright and driven by strong females, this collaboratively feminist work swapped politics for personality. Built on solid writing and gory humor, “Ladies Night” not only passed the Bechdel test with flying colors but did so in a typically male-dominated genre.

Considering the crapshoot that is the one-person show, I was grateful to conclude my Fringe experience with “Double Happiness” from former Tribune writer Kelly Haramis. Just the right blend of pathos and self-deprecation, Haramis’ tale of her long-gestating plans for parenthood was thoughtfully crafted and performed with seemingly boundless energy. But the real takeaway from “Double Happiness” is its joyous, celebratory tone. I was reminded of the final season of NBC’s “30 Rock” where Tina Fey’s Liz Lemon decides that despite her workaholic lifestyle and general cynicism, she wants to raise a child. The overwhelming vision of parenthood as offered by mainstream media is one of near constant regret and bitterness. Haramis’ unadulterated enthusiasm at being a parent was refreshing and liberating, a vision of child rearing that more people need to see.

Like a Halloween party where you’re asked to close your eyes and stick your hands into a bowl of cold spaghetti or mashed Jello, Fringe acknowledges the temptation to peek, to glimpse the truth behind the tattered veil of artifice, but also knows that you’ll enjoy yourself more if you don’t. The Festival is acutely aware that out here the boundaries between characters and actors are a little thinner, the fourth wall is fully osmotic, and time moves at unpredictable rates. It is a universe in which the physics of the law-abiding theater world do not apply, though I’d hesitate to call that an advantage.

If theater is the process of translating life into art, then the Chicago Fringe Festival is the place where that art gets converted back into life. The organic metamorphosis that occurs at Fringe is not vital though it is precious. At best, it represents that moment right before you stick your fingers into what may or may not be human brains. It is that potential that constitutes the soul of Fringe. (Kevin Greene)