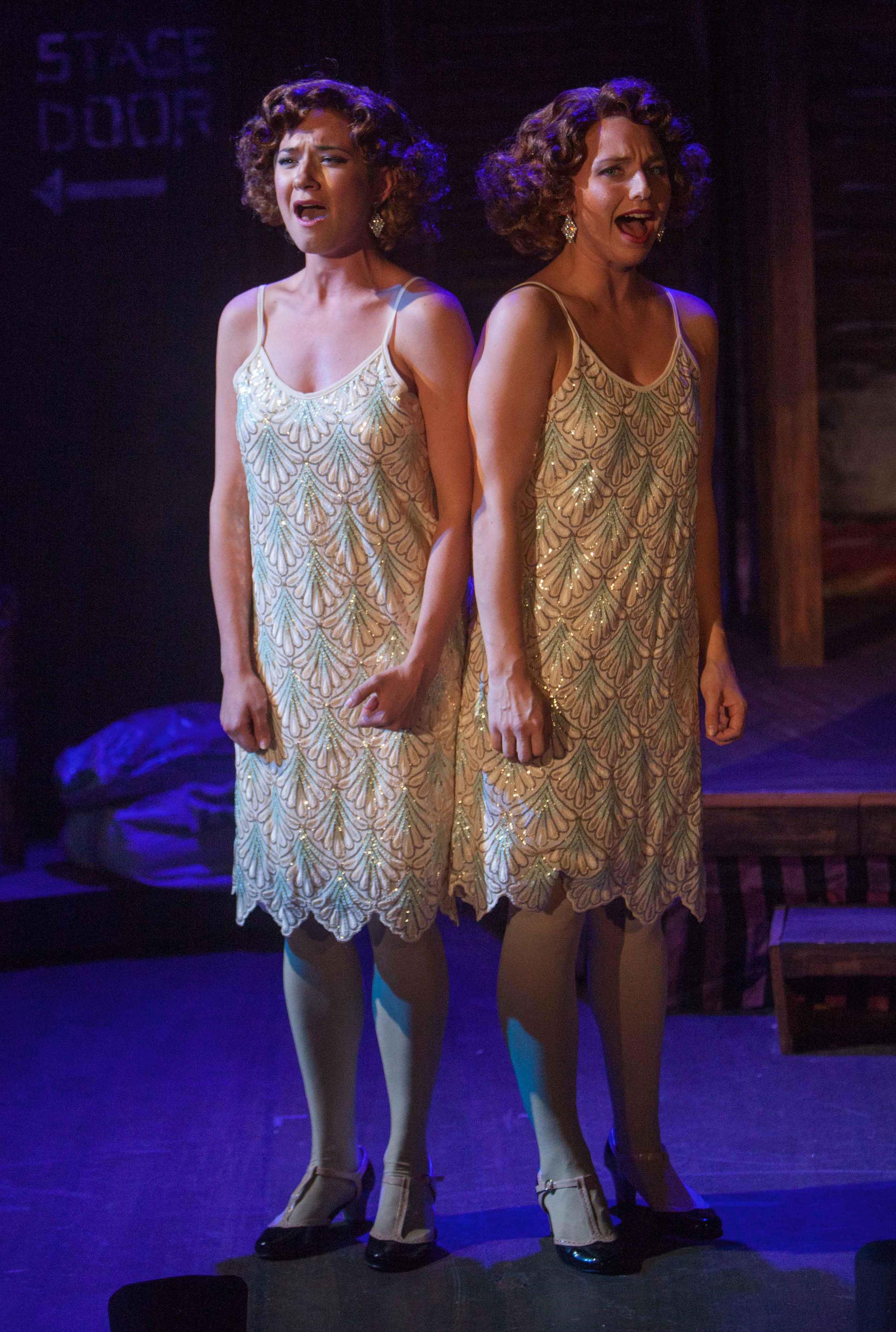 Despite four Tony Award nominations, “Side Show” seemed destined for the Forgotten Musicals shelf. But after enjoying success in regional theater, the show was reworked, and a less chirpy, darker-hued revival opened on Broadway in November 2014. Still, despite its universal theme of the variously marginalized’s challenges, this production closed after seven weeks. Can an unwavering fan base, and a determined and flexible creative team, keep a musical about conjoined twins alive as it finds its home?

Porchlight’s production shouts “Yes!” Devin DeSantis hits just the right tone as closeted Buddy, as does Evan Tyrone Martin as Jake, defined by skin color. Matthew Keffer rides the line between charm and self-serving slime as Terry, ultimately unable to rise above his internalized prejudice to accept love. Matthias Austin’s Sir is all brutality, cloaked in a pretty tenor voice.

But this is the girls’ story, and actors with the vocal and emotional pipes are imperative. As Violet, Britt-Marie Sivertsen is quiet and submissive, with a core of steel. Sivertsen successfully negotiates the role’s range, soaring up to the high note at the climactic moment of each celebrated duet, no matter what emotionally volatile material proceeded. Colleen Fee’s Daisy has the necessary brass-and-sass, with an underlying sweetness of spirit.

While it is impossible not to fall into them individually, it is the light that surrounds their hands as they hold on gently yet tightly to their other selves, a glow that wraps the audience in sufficient safety, and allows us to look at the cruelty of mankind, of ourselves, and be burnished. It was this protection that I found lacking when I saw the Broadway remount last year. I felt detached. Sivertsen and Fee teach the secret.

Chicago, all grit and graft, is the right home. Stage 773, with its block walls and industrial vibe, is the right place. And Porchlight is the right theater company to embrace it, nurture it and send “Side Show” back out to realize its birthright. (Aaron Hunt)