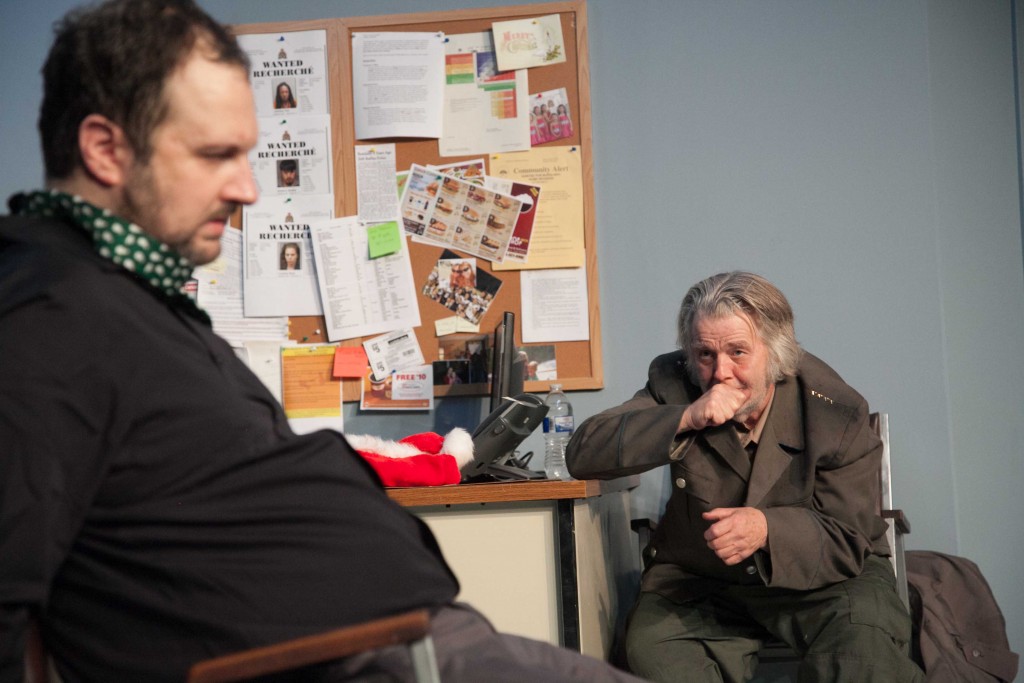 Given the subject matter, you might assume that the big issue of Nicolas Billon’s “Butcher” is the morality of revenge. However, there is a more immediately pressing aspect of this play and, in particular, Signal Ensemble’s production of it: the ethics of onstage violence. It is a touchy subject to say the least, one that deserves more than I can offer within the confines of this review. Yet as a work of political theater, “Butcher” has a stake in our emotional response to its presentation of violence and very much demands a reaction.

“Butcher” is a long con built on a series of twists and reveals. Beginning as a simple police procedural, the scope of this story expands into international territory as the drama builds. There is a kind of unspoken rule about thrillers that states that they don’t need to make perfect sense but they do need to have utter conviction in their own internal logic. A troubling early sign in “Butcher” is that the actors themselves seem to lack confidence in the play. Certain symbolic gestures feel hollow and unmotivated. For a play about pretending, Billon keeps the truth of his characters permanently hidden.

Considering our knowledge that the only other violent act in the play is committed during a blackout, the psychological buildup to the climactic onstage murder is built on a graded quelling of disbelief. By the time it was over, the room was full of a devastating silence that even the Brown Line couldn’t pierce. That silence was not cutting, as it could have been, but rather deadening. I’m not certain any play can earn the kind of brutality I witnessed last night but I am sure that with “Butcher” the means do not justify the ends. And so this stage death, which could have represented how easily our civilized notions of justice fall apart when we look horror in the face, amounted to nothing more than an actor slumping over on the floor, eyes closed, waiting for curtain call.

I recognize the theory that theater is a space for uncomfortable ideas and actions to be processed by the public. Furthermore, I can identify the thematic resonance in forcing the audience to be a part of this horrific action. However, I do not subscribe to the logic that attendance is consent. In that regard, “Butcher” is a play that pushes but does not pierce. (Kevin Greene)