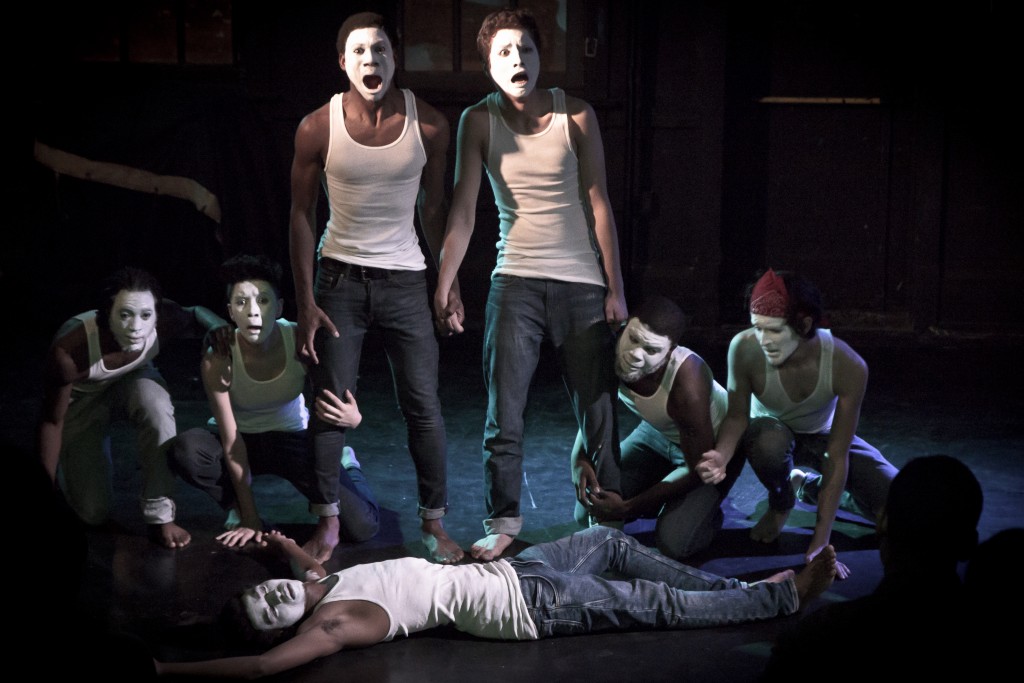 “Track 13” can’t be reviewed as one would review a typical theatrical production.

Discussing the acting, design and arguably even plot, is to ignore the most salient part of the production: the writing. Created and performed by The Young Fugitives, a group of six local youth artists, and under very minimal direction from Ricardo Gamboa, the script (or lack thereof, at most times) is an evening of anger exploding onto stage after being cooped up too long. The original production of “Track 13,” produced in January and February of this year, came before Sandra Bland, the Baltimore riots, or the Charleston massacre. The remount, resourcefully but tragically, is able to pick up all these events to further drive home the fretful truth about the place of African Americans and Mexican Americans in this country.

But, again, “Track 13” can’t be reviewed in the typical way. You have to see it to understand why I’m being so evasive about describing it. But that’s just it: you do need to see it. In his director’s note, Gamboa bemoans the label of “political theatre,” since it’s a dismissive distinction so often given to work that lives and dies on a message rather than entertainment value. And while moments of “Track 13” are indeed entertaining, it’s very clear as the play goes on why others are noticeably not. You can’t hide the truth behind a mask, or a metaphor, or a statistic—you just need to hear it. It hurts, and it’s necessary.

And yet, one last thing sticks out as wrong to me. The mere mention of the name “Sandra Bland” probably turned some people off to the show, since that makes it “political theatre.” And those are the people who need to see it most. Most people who self-select to see “Track 13” probably already sympathize with the show’s message going in. So, with that in mind, I’m going to choose my words with extreme care in giving the following recommendation: