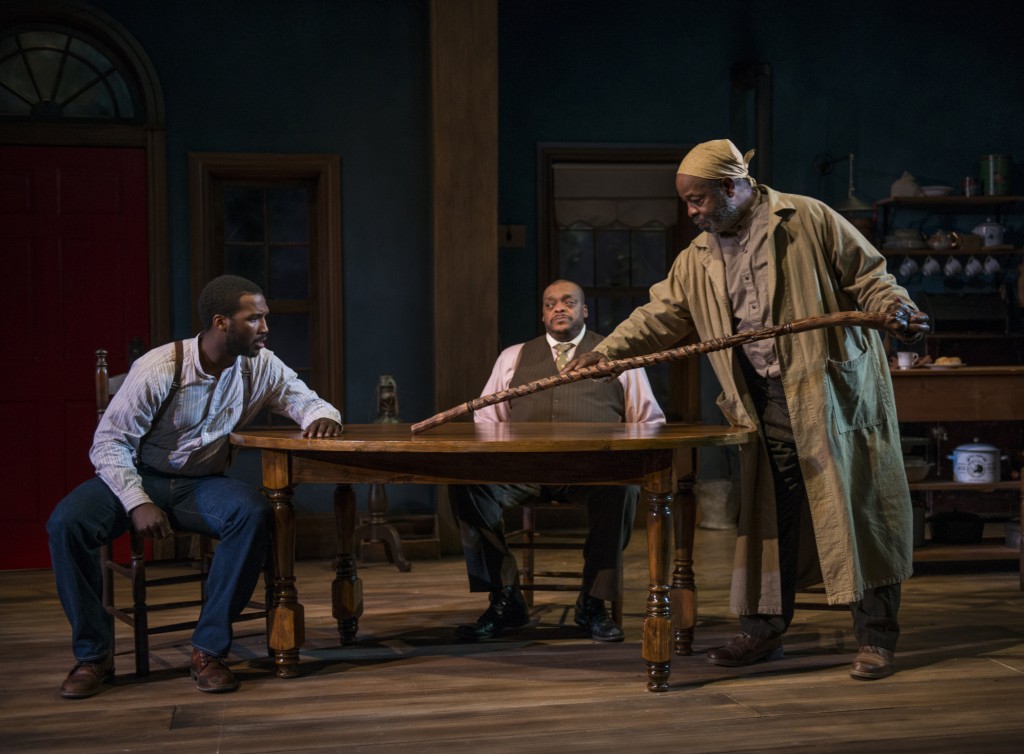 “Gem of the Ocean,” set at the beginning of the twentieth century, is chronologically the first in August Wilson’s Century Cycle, a one-play-per-decade examination of the African-American experience throughout the twentieth century. The Court Theatre does a beautiful job of presenting a turn-of-the-century façade—the furnishings on stage, the old cast-iron stove in the kitchen, the costumes—these make it easy for the audience to imagine themselves in 1904 Pittsburgh with the players on stage.

Citizen Barlow (Jerod Haynes) has just arrived in Pittsburgh from Alabama, discovering that survival might be just as difficult in the North as it is in the South. He explains the convoluted math of working at a mill for two dollars a day, being forced to pay the same amount for room and board, on top of having to pay the landlord an extra two dollars for who knows what, then somehow owing money to the mill. Honestly, I couldn’t follow the math and it isn’t meant to be followed, instead depicting a system designed to be impenetrable and inescapable.

Citizen leaves the mill (still owing them money!), to seek salvation from Aunt Ester (Jacqueline Williams), a woman as old as slavery in America (285 years). Ester’s healing ritual involves sending Citizen to the City of Bones, where Africans who died in the Middle Passage tell Citizen, “Remember me.” Meanwhile, civil unrest stirs in Pittsburgh. Someone burns down the mill, riots ensue, “they start talking about bringing in the army because the police can’t handle it” and in the end an ex-slave is killed without trial on suspicion of starting the mill fire.

Despite the well-crafted dramaturgy, it is nearly impossible for the audience to remain in the turn of the twentieth century while watching “Gem of the Ocean.” Viewers are constantly drawn back into the present day because of the ways in which the racial strife portrayed on stage is eerily similar to today’s racial struggles. Painfully resonant though delicately balanced with bright moments of humor, the play makes one keenly aware of history’s repetitiousness and the irony of slavery ending only to give way to similar systems of subjugation. (Joy Miller)