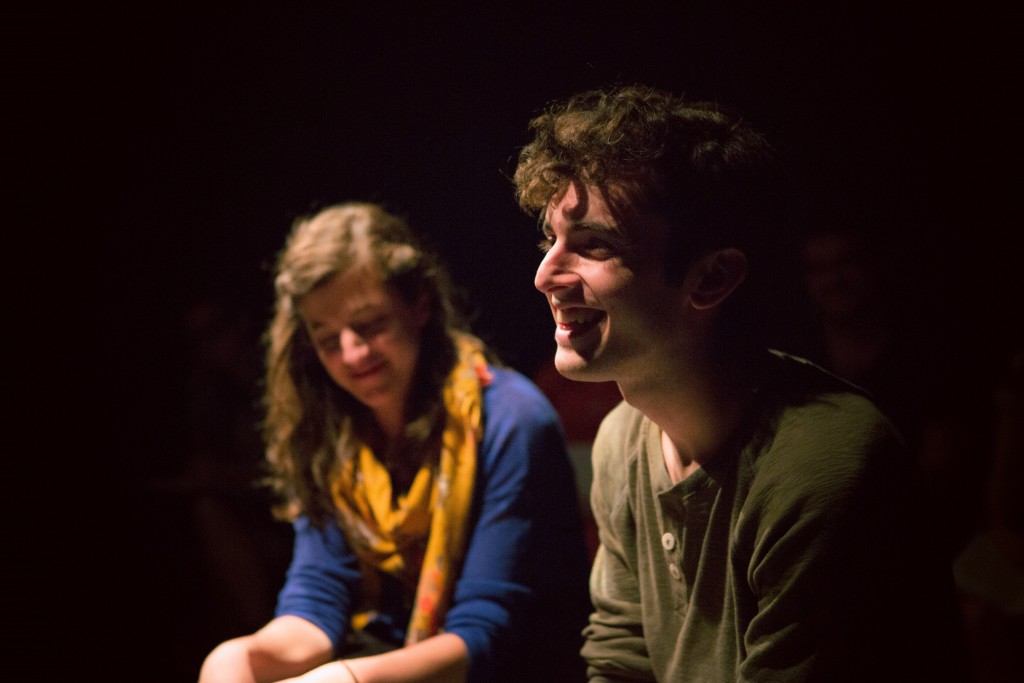 At the conclusion of Will Goldberg’s “Home Before Dark, ” Sean (Will Wilhelm) calls D.J. in Seattle after discovering his name and phone number scrawled on a piece of potentially damning evidence against his older partner. Sharing a name and hometown with the son of Dan Savage and Terry Miller, founders of the It Gets Better Project, this phone call to D.J. marks Sean’s transition into the world of being a survivor. And while this may be simple coincidence, the fact that Goldberg’s play advocates on behalf of those in desperate need of guidance, trust and sympathy suggests that the connection to the legacy of the It Gets Better Project runs deep.

Goldberg’s play is frequently difficult to watch. As one discomforting scene after another concludes, the impulse to cry out to Sean, to tell him that everything will be okay as long as he trusts his instincts, becomes irrepressible. This is due in large part to Wilhelm, who is completely and unshakably present in Sean’s longing. His blossoming friendship with Tova (Ruckus ensemble member Catherine Bullard) and their conversations regarding her burgeoning sexuality cement Goldberg’s enviable ability to write in the language of teens. Bullard perfectly captures Tova’s mix of enthusiasm and anxiety. She exaggerates her gestures in such a way that when moments of seriousness do arise, she can shift into a quieter and stiller space without sacrificing her impact on Wilhelm.

The best scenes between these two have the unfortunate side effect of drawing attention to what is lacking elsewhere in the production. In his pursuit of slice-of-life realism, Goldberg has occasion to write scenes that are so short that they are sometimes eclipsed by the transitions that follow them. Additionally, the motivations of Sean’s partner, played by Josh Carroll, only seem to get murkier as the play goes on. What he says and what he does are deeply at odds, though not in a way that resonates with Sean’s emotional journey.

As a playwright, Goldberg possesses a mature grasp on the contradictions latent in what people, especially teenagers, want and how they go about getting it. “Home Before Dark” is a deeply sympathetic and patently un-melodramatic work, an affirmation of fidelity to the victims of abuse and a defining example of how things can, and will, get better. (Kevin Greene)