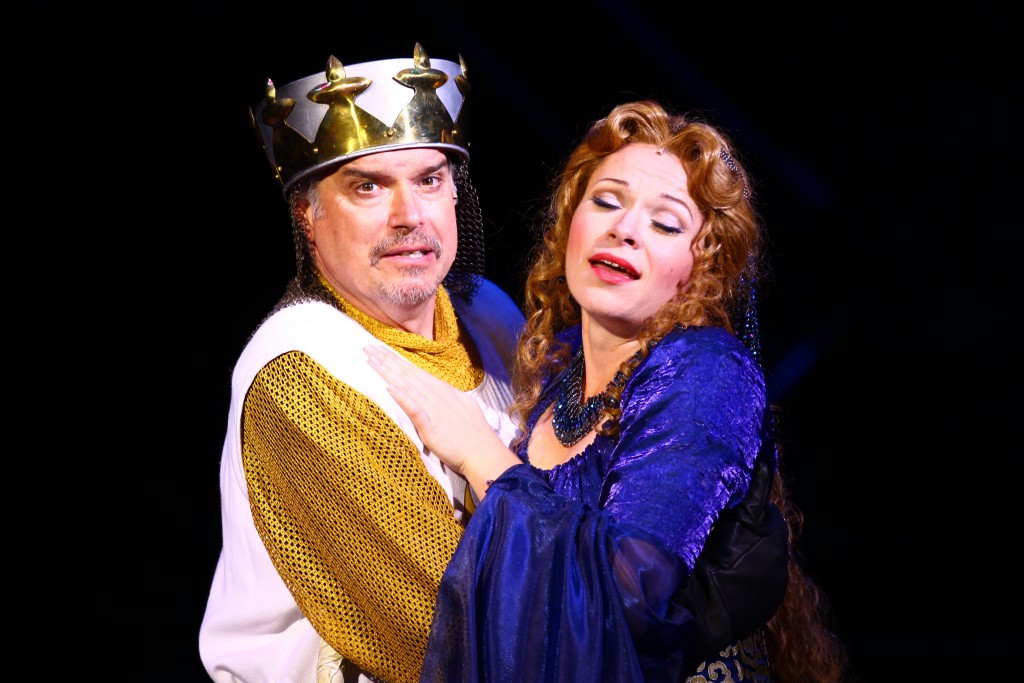 There is something pleasing about attending a solid production of a modern warhorse of a musical. There is something comfortable and enjoyable about laughing along at jokes that are safely familiar from multiple viewings of a movie, and hundreds of recitations of those same lines amongst friends. It is in this way that attending “Spamalot” at Theatre at the Center is a good evening out.

Monty Python is one of the most easily quotable comedy acts of the last fifty years. And it is clear that much of the humor of this production (based upon the plot of their movie “Monty Python and the Holy Grail”) is humor based on inclusion. The audience gets to feel like they are already in on the joke with a wink, a nudge and say no more. And generally, that’s enough for the audience to have a fun time.

For me, I am looking for sharper comedic timing, as well as a little less camp. The acting here is a bit too on the surface. As King Arthur, Larry Adams consistently mugs his way through lines that aren’t ruined by the delivery, but certainly could be stronger. Colette Todd also tends toward overacting as the Lady of the Lake, but her role actually calls for it, so it isn’t as distracting. Her throaty, soulful voice makes up for the bits. Basically, it appears that the cast has been instructed to ham it up a touch by director David Perkovich.

Don’t get me wrong, this is a show worth seeing. However, one may want to take into account the drive to Munster when deciding how badly they want to see it. The script and the music are great. And even if you’re not normally a Monty Python fan, the show contains enough jokes at the expense of the theatrical form itself, that so long as you have been to any other musical in your lifetime, you’ll be in on the gags. (Christopher Kidder-Mostrom)