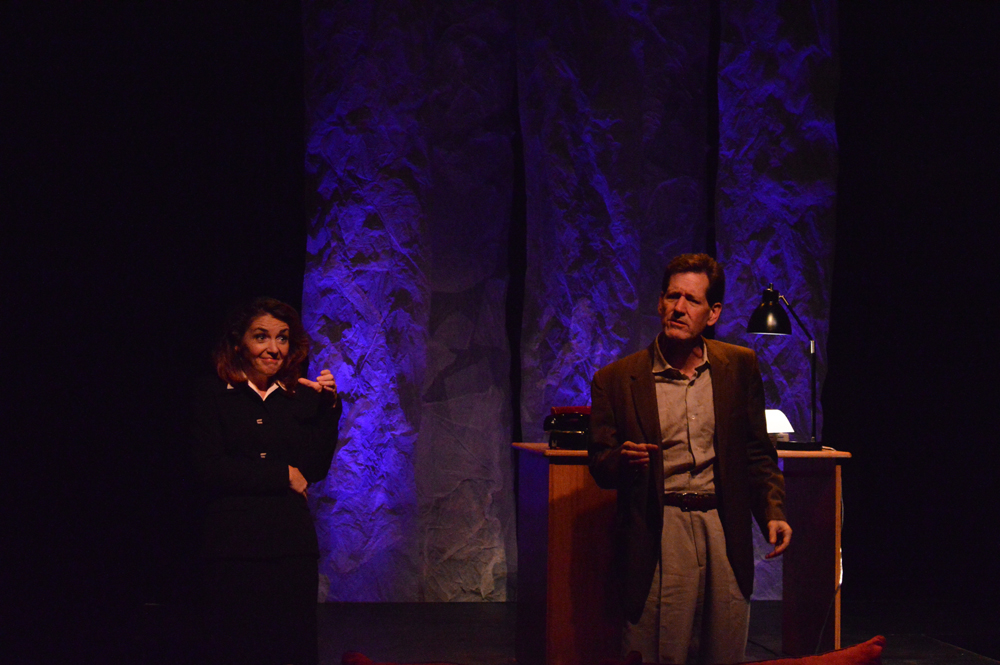 Every time I see the name Neil Simon, I crack a smile because I know there are very few pieces of this comedic writing legend’s work I can get through without serious amounts of laughter. Over his expansive career he has solidified himself as the master of comedic drama and his play “Jake’s Women”—presented here by Spartan Theatre Company—is no exception. The laughter at the intimate theater space at the Royal George the night I saw it felt just as fresh as it must have in 1992 when the show originally premiered.

A lighthearted comedy about learning to face your fears no matter how scary they may be, the “Jake’s Women” follows struggling writer Jake (Brian Rooney), who has a deep-seated fear of trusting people. He has found confidants not in the real world but in the characters and memories in his head. They all happen to be women near and dear to his heart in some way.

Jake has summoned these women to his memory because his marriage to Maggie is failing and  he needs help reconciling his issues, which makes for a rather interesting mix of hilarity and craziness.

The minimalist philosophy of Spartan Theatre Company is to pare down their productions to basic elements, making you hone in on the actors and their relationships to each other. Currently, the second act feels a bit lengthy, but extended sitting in the rather uncomfortable chairs of this theater is worth the laughs you’ll receive in return. (Loy Webb).