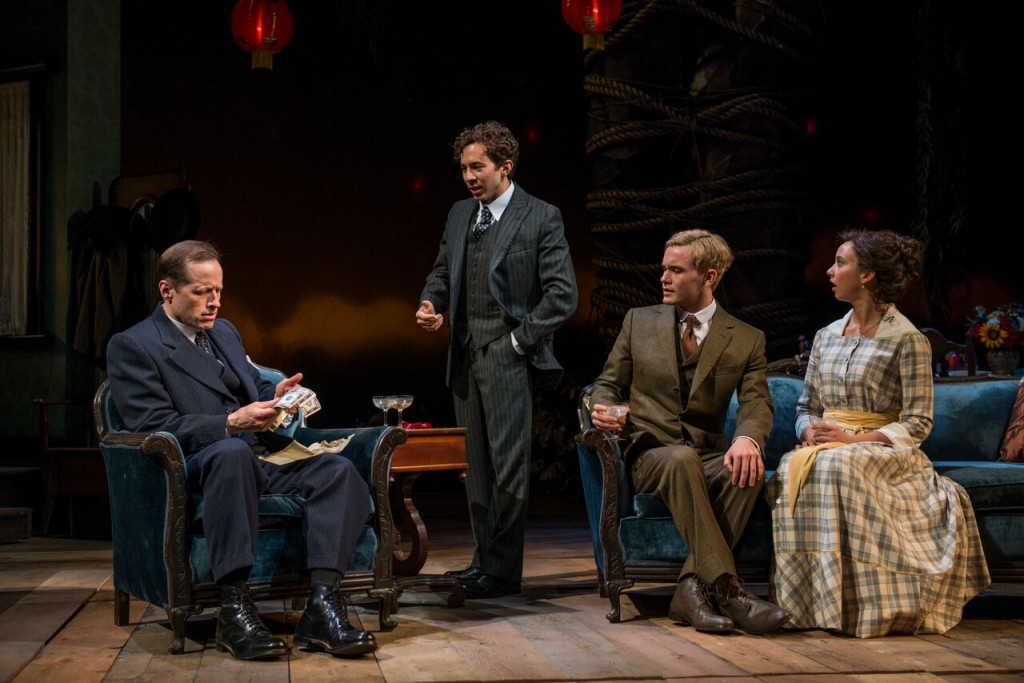 John Steinbeck is the most Wagnerian of American novelists. He loves to dilate on cosmic themes. He permits himself loose speculation on big ideas—Guilt, Free Will, Forgiveness, Absolution, Purity, etc.—pseudo-thought that dazzled Hollywood moguls of the 1940s and 1950s, who found his discursive stories with their loud, heavy, emotional climaxes a natural for star treatment.

Steinbeck finds the fittest exemplars of his naturalistic teachings (“All you need is love”; “Total honesty is the only policy”) in the ranks of the humble: the lower classes, the poor in spirit—those who have achieved holy wisdom through suffering, by being bullied, despised, put down, persecuted by comfortable middle- and upper-class hypocrites.

His novels lend themselves to redaction for the theater. Like Wagner’s operas, they are full of false climaxes, attempts to overwhelm the listener or reader by their “deep” emotionality and by their overpowering connection to Something Bigger: Renunciation, Self-Denial, Repentance, Contrition: what we now call “The Human Condition.”

Terry Kinney’s direction is faithful to the novel and to Steinbeck’s intentions.

As for the actors, Kate Arrington does a solid job as Cathy, though her stare could be more sinisterly soulless, as befits a stage villainess. I do wish her teeth had been pointed as Steinbeck described them. Adam Trask (“the pure fool”) is serviceably played by Tim Hopper, who is curiously unmarked by Adam’s hard outdoor life, and also lacking darkness of feature and the air of Adamite innocence. Francis Guinan is convincing as Sam Hamilton.

It puzzles me why Steinbeck asks us to admire Adam, who shows himself at the story’s climax an outrageously narrow, cruel, selfish prig who, in refusing a gift from his son Caleb, drives Caleb to wreak vengeance on his brother Aron.

Still “East of Eden” is worth seeing for the excellence of the Steppenwolf ensemble alone, along with Walt Spangler’s superb, evocative sets. (Bill Sweetland)