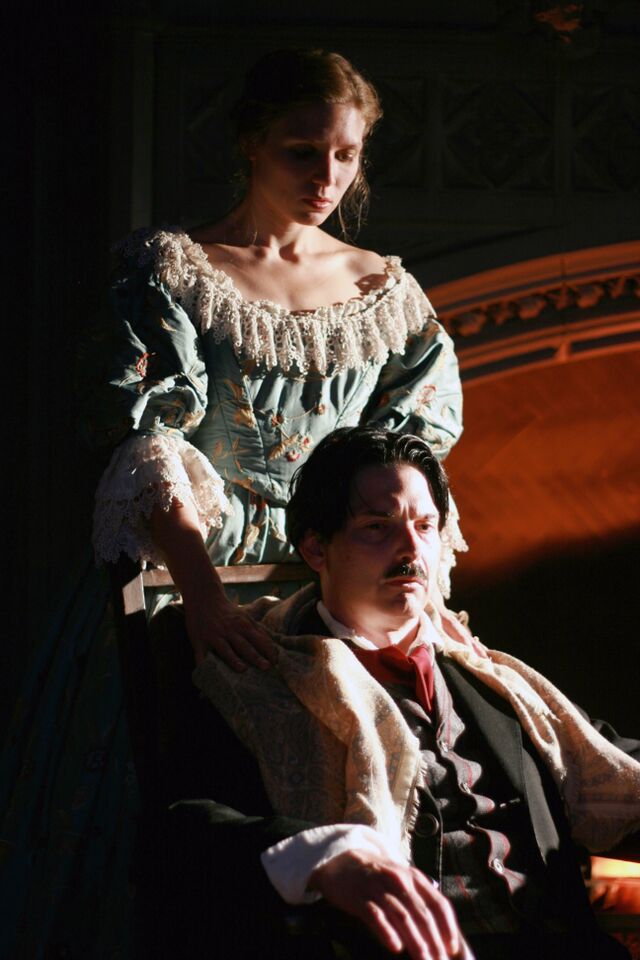 With the fall season at hand and Halloween right around the corner, it’s easy to think of haunted houses as being the top destination to get a good scare. However, First Folio Theatre challenges that idea by bringing to life the works of Edgar Allan Poe at the historic Mayslake Peabody Estate.

Throughout the show, written by First Folio’s managing director David Rice and directed by Alison C. Vesely, details of Poe’s tragic life are told. Both of his parents died before Poe was three years old, he struggled financially for years, and within a decade of marrying his wife Virginia (Heather Chrisler), she died of tuberculosis. This life history is fused with live versions of some of Poe’s most famous prose as the audience is taken around the Estate. The actors don late Victorian garb (designed by Rachel Lambert) that perfectly suits the time and story.

The acting is superb. Christian Gray plays the master of the macabre in brilliant fashion—always gripping in his focus. Kevin McKillip’s performances as the Madman in “Tell-Tale Heart” and Prisoner in “The Pit and the Pendulum” are chilling. What is even more incredible is the fact that the actors basically perform their scenes twice each show. The audience is broken up into two groups at the start of the performance and led by guides from scene to scene. Both groups see all of the scenes, but in a different order. So while Group A is with Chrisler as Virginia recalls her love for Poe, Group B is watching McKillip as The Madman grapple with his mind and whether or not he should commit murder.

The acting, costumes and setting of this show make it a joy to watch (no matter how scary). (Mary Kroeck)