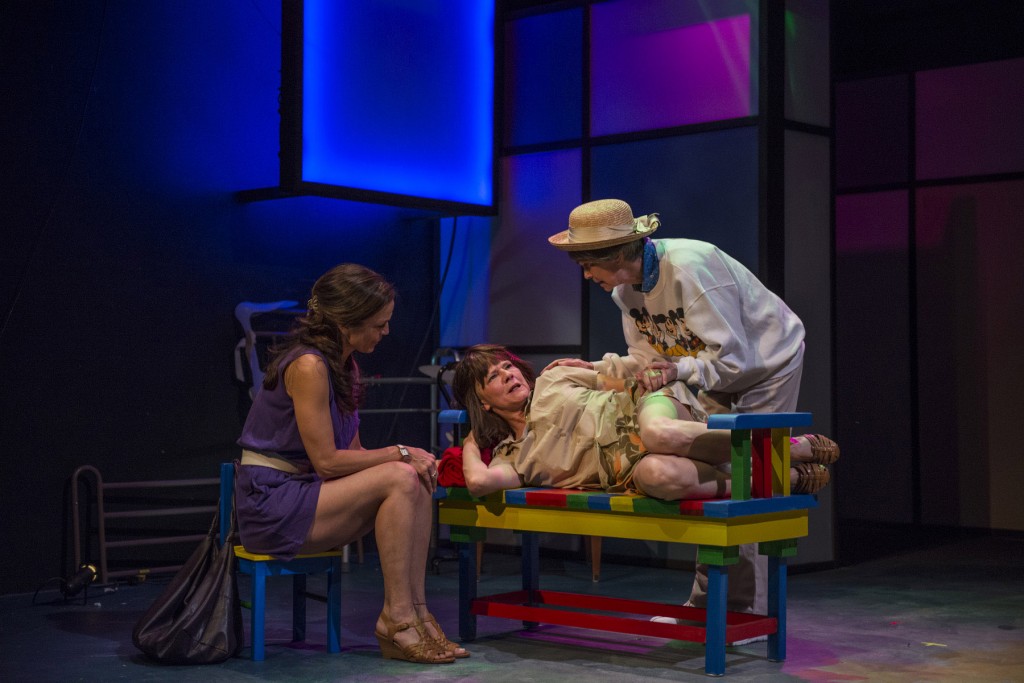 Twenty-five years after it first premiered at the Goodman, Scott McPherson’s “Marvin’s Room” is still relevant because people are still dying—slowly, painfully, dragging their failing bodies off into the sunset. Written in the middle of the AIDS crisis—the disease to which McPherson himself would later succumb—the play sometimes feels like a light, comedic gloss on the body-horror genre. It’s an inconsistent script for sure, mashing bodily decay, broad sitcom humor and genuine pathos together with plenty of lumpy bits left over. But in this fine new production from director Sandy Shinner and Shattered Globe Theatre Company, the comedy and the horror come in equal measure.

The play’s opening scene is like history in reverse, beginning in farce and ending in tragedy. We sit and watch as the middle-aged Bessie (Linda Reiter), who has spent most of her adult life caring for her stroke-victim father Marvin (Larry Bundschu) endures the buffoonery of her absent-minded physician, Dr. Wally (Don Tieri). The scene is very funny, right up until Bessie learns she has leukemia. The need for a matching bone marrow donor brings Bessie’s estranged sister Lee (Rebecca Jordan) back into her life, along with Lee’s two sons, the harmlessly bookish Charlie (Kyle Klein II) and his older, emotionally disturbed brother Hank (Nate Santana). Deanna Dunagan is also on hand, winning the evening’s laugh-o-meter contest handily as Bessie and Lee’s dotty Aunt Ruth.

The push and pull between Reiter’s Bessie and Jordan’s Lee is what gives the play its beating heart. Bessie’s life-skills competence is spackle over a broken heart while Lee’s big hair and big attitude are designed to distract people from the fact that her life is in shambles. The vulnerability these two actresses allow themselves in their scenes together silences any complaints about McPherson’s sentimental touch.

When faced with a great illness, the biggest question is one of proper care, and this is a story of people learning to care for one another. Nick Mozak’s set is all clean square lines and bland antiseptic pastels. Here, all the world’s a hospital, and all the men and women merely patients. (Alex Huntsberger)