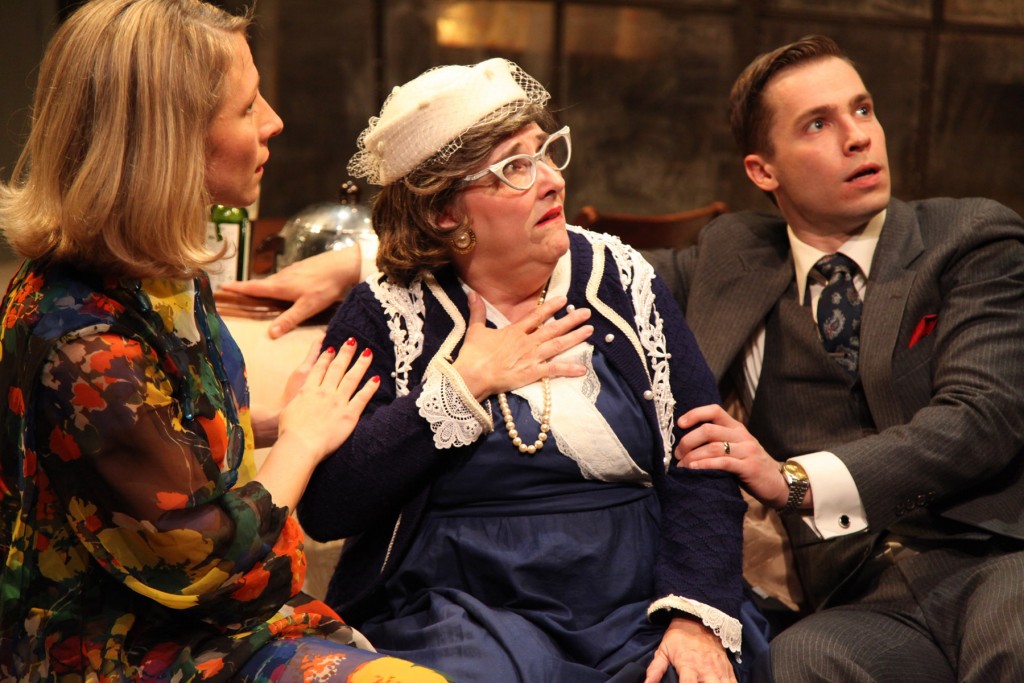 Meet the Hanslick Girls: Gwen, Eleanor and Dania. A fictional trio created by writer Zach Barr, their opinions on theater are varied, resulting in vibrant discussions and disagreements. While Gwen tends to be more critical of the theatrical arts, Dania just wants to see a show that entertains enjoyably. Eleanor balances the other two as they trade opinions. Let’s listen in on what they had to say while leaving Step Up Productions’ “Barefoot In The Park.”

“Well, it’s a relief to finally see something cheerful,” Dania said, as they exited out to the street.
“Yeah,” said Eleanor. “Though it ended weirdly with the traditional gender roles.”
“What do you mean?”
“You know, the mother saying, ‘You need to give up part of yourself for him.’ Like, he never got that talk.”
“Oh, but I think he certainly changed for her,” said Dania, gripping her program. “It’s clear they love each other.”
“Well, it’s clear they love each other the whole time,” Gwen added. “The fight scene is so funny because you can tell they’re going to get back together the whole time.”
“I just laughed because it kept not ending,” Dania said.
Gwen smiled. “Funny to think that the exact same scenario would play out entirely straight at Steppenwolf. Well, comedy comes from misery…”
Eleanor chimed in. “Is Neil Simon white?”
“What?”
“I mean, it sounds white, but is he?”
“Why?”
“It’s funny,” Eleanor continued. “Watching the first act, it’s almost like a satire about nice white people. Literally all the conflicts are first world problems.”
“Well, that’s what people wanted to see in 1960-whatever, when the show premiered,” Gwen said. “Maybe that’s intentional. I do think the wife’s acting in the first part of the show was a little… you know…”
“Unreal?” Eleanor suggested.
“Put-on, I think. She’s just so forcibly happy for no reason.”
Dania looked at Gwen. “What do you mean for no reason? She’s in love! Her fuddy-duddy husband was a little over-the-top as well.”
“I mean, they both did a great job in the show,” said Eleanor. “Everyone did. It’s such a fun, absurd little story that I think that kind of acting suits it. Look at Michael Pacas as Victor Velasco. Even Sara Minton as the mom.”
“I did notice that the handyman seemed like the only normal person,” said Gwen.
“Oh, I wish he had more to do,” Dania sighed. “He seemed like such a nice guy.”
“And he’s the only non-white character…” Gwen stopped. “Maybe it is a secret satire of white people.”
Eleanor, smiling, rolled her eyes. (Zach Barr)

Step Up Productions at the Athenaeum Theatre, 2936 North Southport, stepupproductions.org. $17-$24. Through November 1.