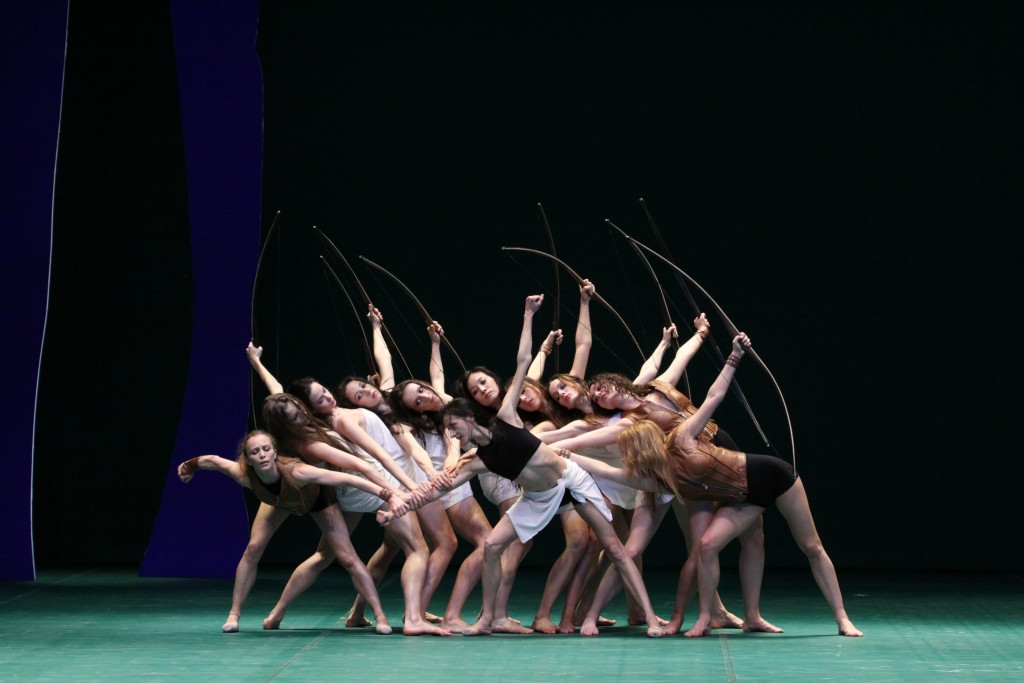 John Neumeier’s reimagining of “Sylvia” blesses the stage with images not often seen in story ballet: those of powerful, independent women en pointe. According to myth, Sylvia is a hunter, a follower of Diana, wooed by a gentle shepherd and torn between romance and the independent sisterhood she shares with her fellow hunter-nymphs. Neumeier’s modernization of the tale is set against bold, minimal set pieces: the forest is represented by tall, flat blue trees with branches reminiscent of the flowing hair of the female hunters; Orion’s palace—where she is finally seduced—is decorated only with a single massive Greek statue. The choreography too is bold and clean, departing from how the original story structure was married to the celebrated score by Léo Delibes. Neumeier, a native of Milwaukee, originally made “Sylvia” for the Paris Opera Ballet, and also staged it for the Hamburg Ballet where he serves as director and chief choreographer. The Joffrey’s production will be the first in the United States. (Sharon Hoyer)