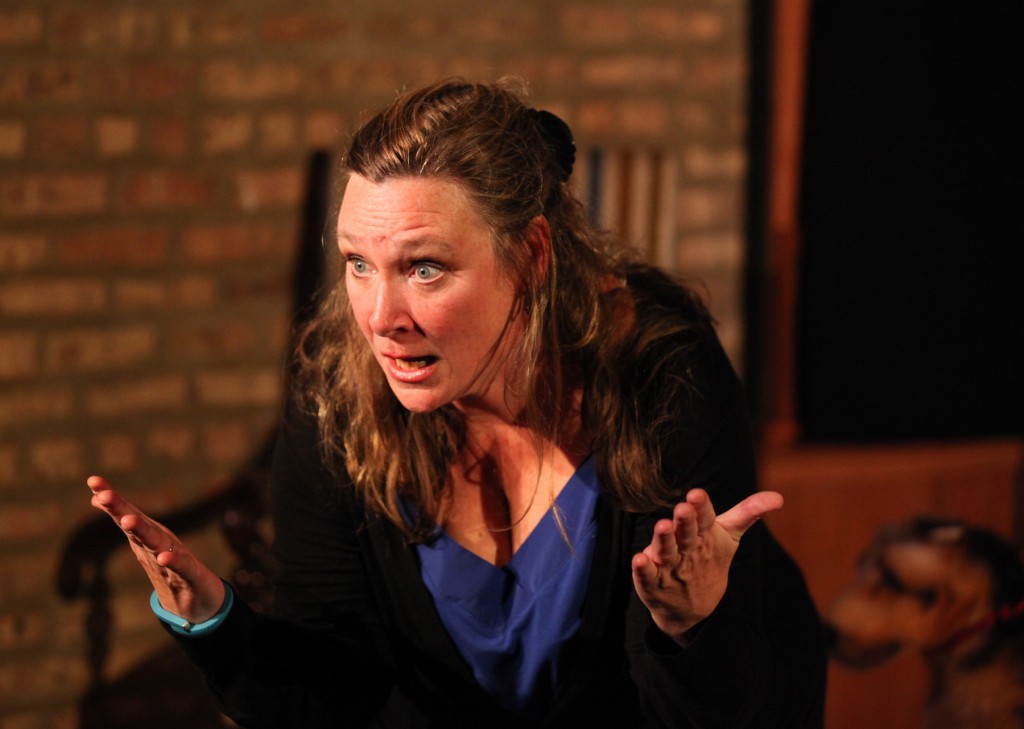 Loneliness, at its worst, clamps down, feeling like a black box from which there is no escape. The claustrophobia of loneliness can sometimes feel so inescapable that dying of it actually seems possible. But “My Brilliant Divorce” isn’t so dark. Irish playwright Geraldine Aron capitalizes expertly on the bathos inherent in the state of being lonely and Barbara Figgins, starring as recently divorced Angela, executes that bathos with flawless timing.

In the opening scene, describing her husband’s departure, Angela asks the audience, “After a lifetime of devotion and happiness, can you imagine how I felt? …SHEER JOY!” She then quickly admits that just twenty-four hours later she was reeling in the desperation of an empty home. The fickleness of human emotion is key to Aron’s humor and “My Brilliant Divorce” is a roller-coaster ride mocking (not without sympathy) the human tendency to give ourselves entirely to whatever emotion we’re experiencing (“SHEER JOY!” or desperate loneliness).

Fittingly, this is a one-woman show, but Figgins gives life to other characters with hilarious impressions; her performance is so dynamic that the stage feels populated by many rather than one. She also receives a ton of support from precise lighting and sound effects which land so subtly on her lines that they seem more organic mood than effect, more emanating from Angela’s mind than deriving from manipulated switches and the speakers in the corner. The impact of director Siiri Scott’s subtle work is such that it is as though we are feeling with Angela, while also being privileged a humorous distance.

That is what is finest about Aron’s writing: she strikes the balance between pathos and bathos such that one is awarded poignancy in the same ninety minutes of constant jokes. Poignancy comes to a peak when Figgins asks, “If this is how it’s going to be, if I will never love nor be loved, how can I bear it? How can anyone bear it?” Yet we all bear it, for the most part, even though bearing it does at times seem totally unfeasible. Perhaps productions like this one make it a little more feasible. (Joy MIller)