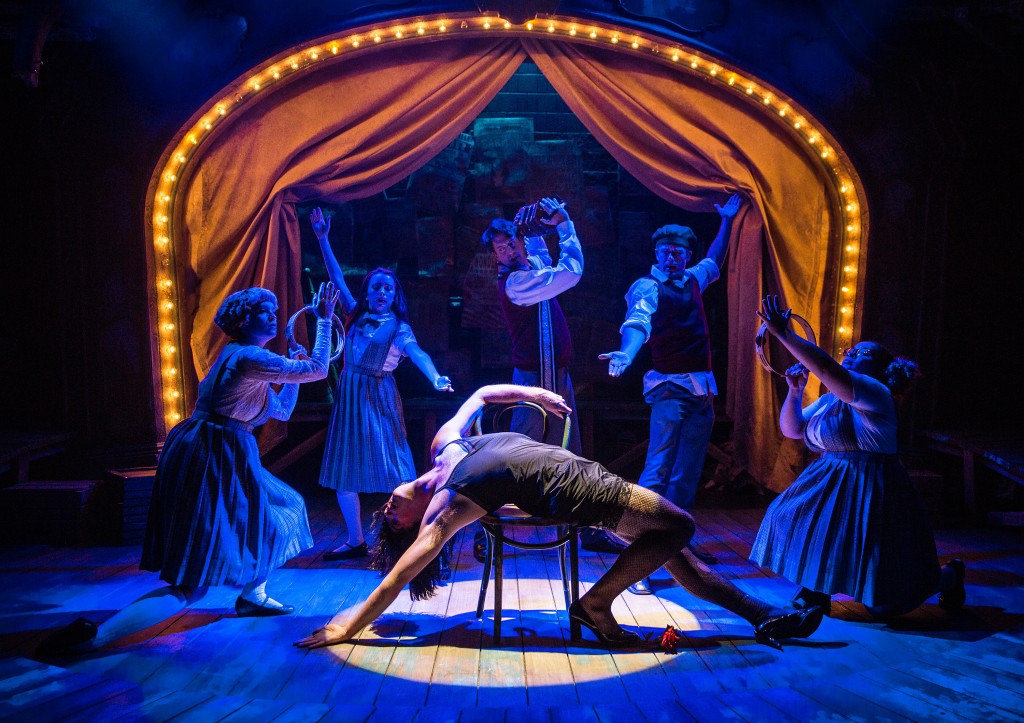 To be a teenager is to be a creature of extremity. Not only your body but your emotions and ideas and opinions are expanding with the rush and fury of a newborn universe—your own private big bang. In telling the stories of six Canadian teenagers whose lives ended with absurd abruptness aboard a rickety wooden roller coaster, “Ride the Cyclone” also embodies their joyfully frantic mid-pubescent energy. Written by Jacob Richmond and Brooke Maxwell, the show is a modern cult classic in Canada. This beautiful, effusive production from Rachel Rockwell marks its very welcome U.S. premiere.

The musical opens with an introduction by the mothballed fortune-telling machine, The Amazing Karnak (Karl Hamilton). Like a carnie Cassandra, Karnak can perfectly predict the date of someone’s death, and has summoned the souls of six teenagers who tragically died on his carnival’s Cyclone rollercoaster to offer one of them the chance to live again. The teens then make their case, singing about their lives, hopes and frustrated desires.

There’s the psychotically driven Ocean O’Connell Rosenberg (Tiffany Tatreau); her shy, too nice for her own good BFF Constance Blackwood (Lillian Castillo); Noel Gruber (Kholby Wardell), a gay student with Amanda Palmer aspirations to tragedy; the gruff, rapping Ukrainian exchange student Mischa Bachinski (Russell Mernagh); the mysterious and headless Jane Doe (Emily Rohm) and lastly, Ricky Potts (Jackson Evans), a boy with a degenerative disease and an active imagination. He sings a disco song about going to space and having sex with a world full of cat people. It’s a cult classic for a reason.

Like an overstuffed iPod, the show cycles through a wide range of musical styles, which music director Doug Peck handles with aplomb. Likewise, the cast to a person is able to navigate the narrow straights between cartoon humor and pathos. The plot does occasionally have problems shifting gears—but so do most teen drivers.

The tone is darkly comedic but it never shies away from its tragic dimensions: children taken before their time. It’s an absurd humor. Not just the absurdity of dying young, but the absurdity of living young too. (Alex Huntsberger)