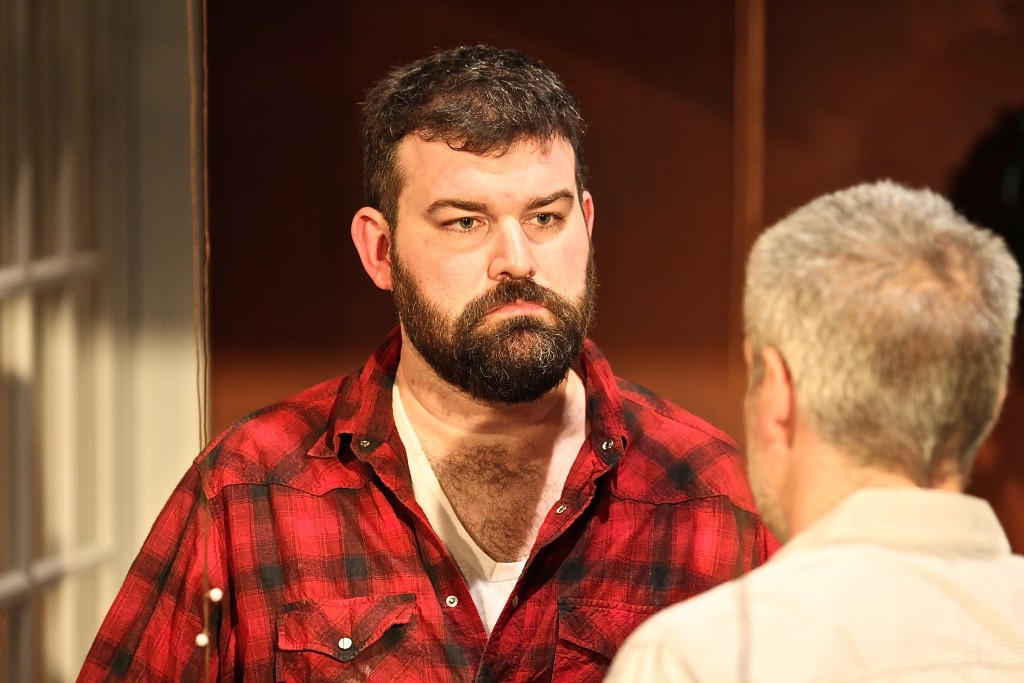 As far as voyeurism is concerned, theater tops film hands down. The former’s brutal pleasure lies in the squirm-inducing feeling that not only is what you’re witnessing inescapable but furthermore it is actually unfolding right in front of you. Hamish Linklater’s “The Cheats,” currently receiving its world premiere at Steep Theatre, means to draw out this discomforting quality latent in the theatrical experience. The play unfolds like naturalism’s answer to “Rear Window,” with Hitchcock’s smarmy sexual tension swapped out for an approach to drama that is far more subtle and better suited to this Edgewater storefront.

“The Cheats” relies heavily on director Joanie Schultz’s ability to navigate the challenges of telling a story in real time. She elegantly literalizes emotional distance by regularly placing characters out of sight, focusing on vocal strain over physicality. Like Hitchcock, Schultz is more concerned with prevailing tensions than climaxes. The eruption of revelations is ultimately less fulfilling than the prolonged, palpable discomfort that she wrings from each moment.

Pushed to the very brink of sanity in last season’s “Martyr,” Kendra Thulin seems curiously distant here, perhaps compensating for Peter Moore’s aggressive outbursts. Moore can be gentle and quietly threatening, though he is less convincing as Thulin’s deeply repressed, tantrum-throwing husband. Thankfully, both revolve—courteously at first then with mounting anxiety—around Brad Akin, who is spot-on as their boundary-less neighbor. Akin’s brilliance lies in his ability to make gratitude sound sinister and threats feel morbidly apologetic.

After a season characterized by the fantastic, “The Cheats” pulls Steep back to earth, grounding the company in the fastidiously mundane. It’s an interesting choice, one that suggests an earnest desire to avoid repetition. Yet this play’s wholly abrupt conclusion suggests that “The Cheats” is an incomplete work and may have been better positioned later in the season after further workshopping. While Linklater mines particularly tempting and promising ground, even he does not seem fully aware of its potential. Suffice it to say, there is far more to this observational domestic drama than meets the eye. “The Cheats” is a world you might not choose to live in but one you can’t help but observe out of tantalizing curiosity. (Kevin Greene)