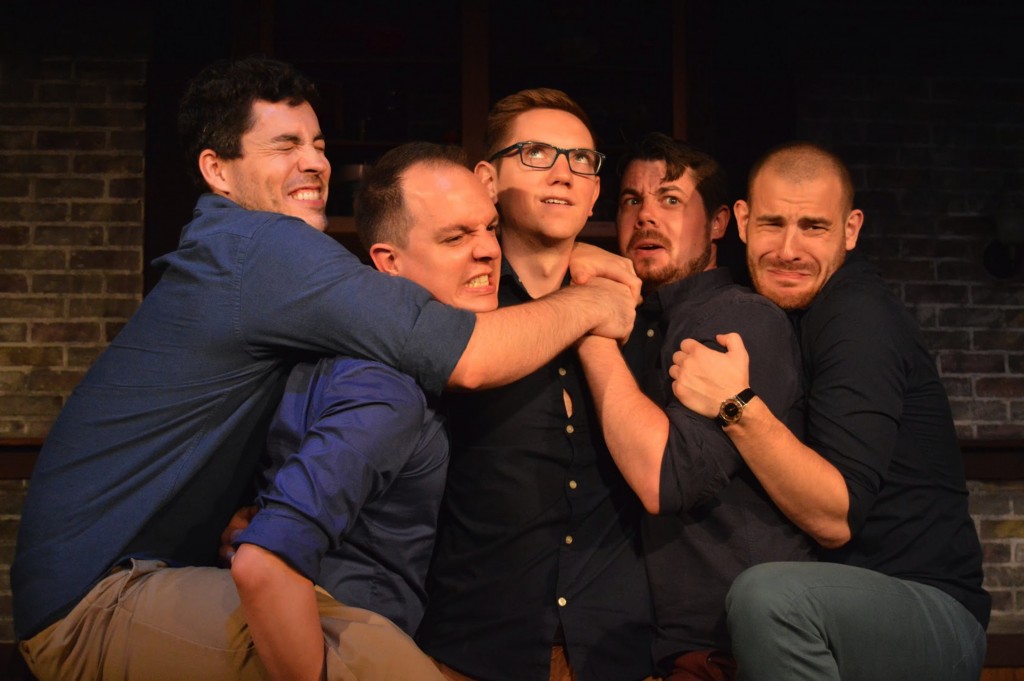 When I attend a sketch comedy show, I want to walk away having enjoyed myself. I also want to be able to tell people about the sketches that I just saw. You know, in that same sort of way that people like to talk about SNL at work on Monday morning. With “Act Accordingly,” the members of Brand New Toys keep the viewer entertained for sixty minutes, no small feat, but those sixty minutes are promptly forgotten when exiting the Public House Theatre.

The show employs a framing device: a set of scenes that take place inside a stretch limousine during a bachelor party. The first scene inside the limo is the strongest of the series. The callbacks to that scene are a bit perplexing and ineffective.

Really, that’s a good way to explain the show on the whole. Director Brendan Dowling deserves kudos for pulling together a show that is sharper and clearly more rehearsed than many sketch shows in town. And yet, the sketches themselves lack an essence that holds the attention. What do I mean by that? Well, during one sketch Mark Campbell plays a character who is returning to his small hometown after becoming the CEO of one of the biggest businesses in Chicago. However, given the number of employees he cites and the salary he claims for himself, he’s not even in the same zip code, let alone ballpark, as the biggest business people in Chicago. Why does this matter? It doesn’t. And that’s the problem. Rather than just watching and enjoying the sketch, I shifted into fact checking the piece. If it doesn’t hold the attention, it allows the mind to wander.

When I take two strides outside a theater and can’t remember what I just saw enough to tell my companion for the evening whether or not I thought it was a good show, that’s probably a major indicator that the piece is somehow lacking. Oh! I remember something! One of the sketches has a guitar in it. That makes it better, right? (Christopher Kidder-Mostrom)