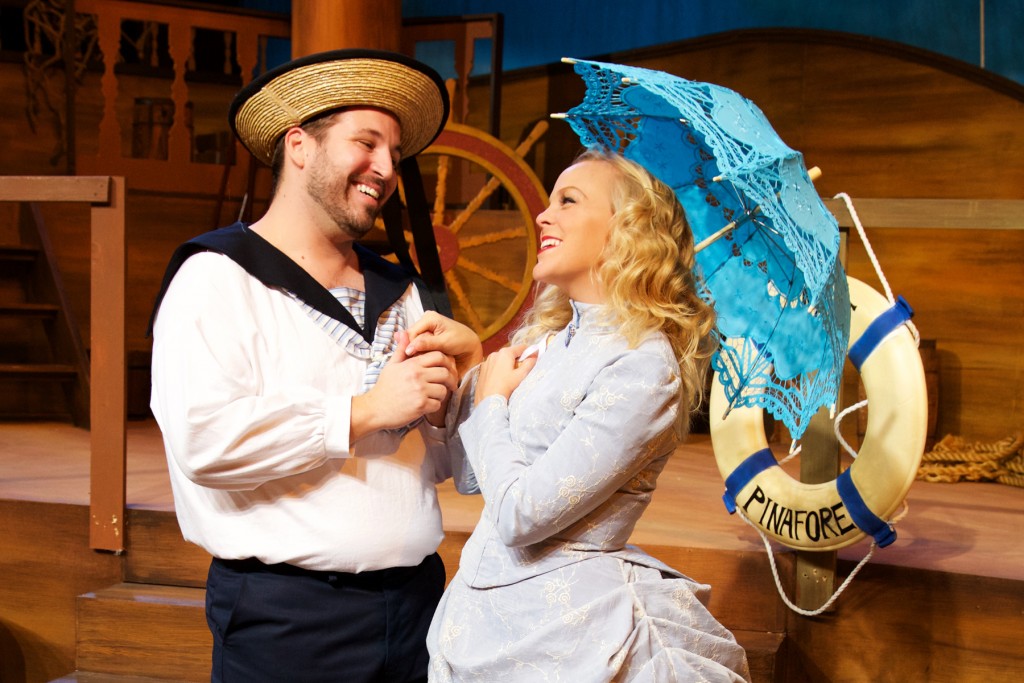 The Savoyaires celebrated their fiftieth anniversary last year. They’ve been doing Gilbert & Sullivan operettas for a long time, and that half century of practice has ensured that they do it well. Colloquially, “H.M.S. Pinafore” is known as one of Gilbert & Sullivan’s Big Three—the other two being “Pirates of Penzance” and “The Mikado.” It is one of the warhorses of the traditional musical stage. The score is tremendous and the dialogue, while often anachronistic to our twenty-first-century ears, is brilliantly clever.

As it is with Shakespeare’s plays, even the best of them can suffer when handled inappropriately. On the other hand, they can shine brightly when treated lovingly. Director Amy Uhl has done just that. Her concept of the show does nothing to detract from the material. This is a production that holds course on the traditions that make “H.M.S. Pinafore” a mainstay on the stage. The set is the aft section of a sizable tall ship (rendered impressively by set designer Jessica Howe). Uhl’s cast makes good use of the structure, tarrying up and down the multiple levels with gusto.

Lane Halverson’s portrayal of the rapscallion Dick Deadeye is a lot of fun. He’s an old-school old salt, who captures his baser nature in his movement work. The character is often a favorite of audience members, and Halverson does not disappoint.

At the core of the story is a romance between a beautiful captain’s daughter, Josephine (Susan Nelson), and a lowly sailor, Ralph Rackstraw (Kevin R. Siembor). Nelson carries their scenes, as well as ones she shares with other characters. Her voice drives out above the orchestra and her presence elevates the performances of those around her.

This is a production that will please Gilbert & Sullivan purists. It is also a production which is completely accessible to those who are new to operatic performances. It is both family-safe and cheeky enough to be fun at a more adult level. The Savoyaires clearly embrace what makes this show a classic and they share it enthusiastically. (Christopher Kidder-Mostrom)