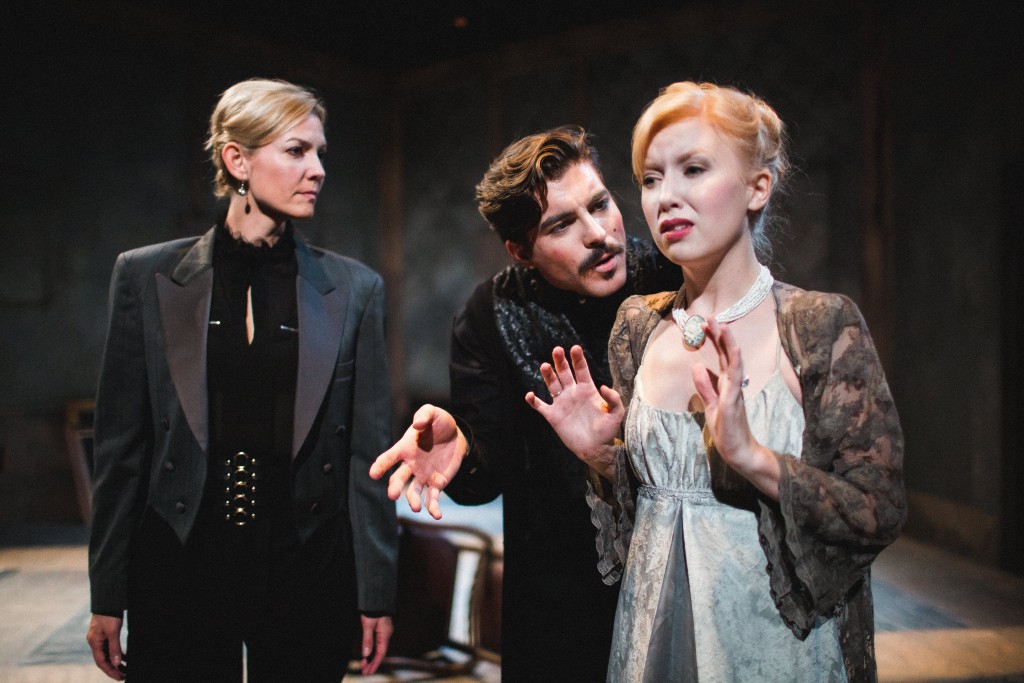 The last time that actress Katherine Keberlein and director Max Truax collaborated together, the result was Oracle’s Jeff-Award winning production of Bertolt Brecht’s “The Mother,” with Keberlein herself in the lead role. The show was an intoxicating mixture of Brecht and Antonin Artaud—a stomping, beer-hall rally meeting. With “No Beast So Fierce” the two have reunited to take on Shakespeare’s “Richard III.” The results this time are far less rousing.

If there’s one quality that exemplifies Richard, Duke of Gloucester, it is motion. He is like a shark: constantly on the move, plotting two steps ahead, outmaneuvering everyone and everything that stands in his path. But in this gender-flipped reimagining, Keberlein’s ambitious duchess is distressingly inert. Despite the fact that Truax’s adaptation often puts the killing knife directly in Gloucester’s hand—in the original he usually acts through subordinates—the duchess lacks any drive. It’s like she’s murdering her way to the top not because she wants the throne, but simply because this is what the plot demands of her. Keberlein’s portrayal of Gloucester lacks any distinguishing psychological traits. Occasionally the production feints at her being underestimated because she’s a woman, but a lack of consistency on this front deadens the effect.

The play does make some interesting use of the DCASE Storefront space. Joanna Iwanicka’s Regency drawing room set rises up to the walkways where characters can often be seen lingering above the action. In Gloucester’s England, everyone’s a spy. Jeremy Clark’s projection design and the lights by Rachel K. Levy create some arresting images but on too many occasions the design does not cohere. Jonathan Guillen’s score, which varies from 1940s jazz to Steve Reich minimalism to pulsing war drums creates a sense of momentum that sudden transition blackouts abruptly halt.

Truax has a number of good ideas floating around here: for example, Richard’s opening speech is turned into a patriotic hymn and a recurring image of the pale horse of death that lends brand new meaning to the play’s most famous line. The problem is they cannot stay buoyant on their own. Without a compelling Gloucester, “No Beast So Fierce” sinks. (Alex Huntsberger)