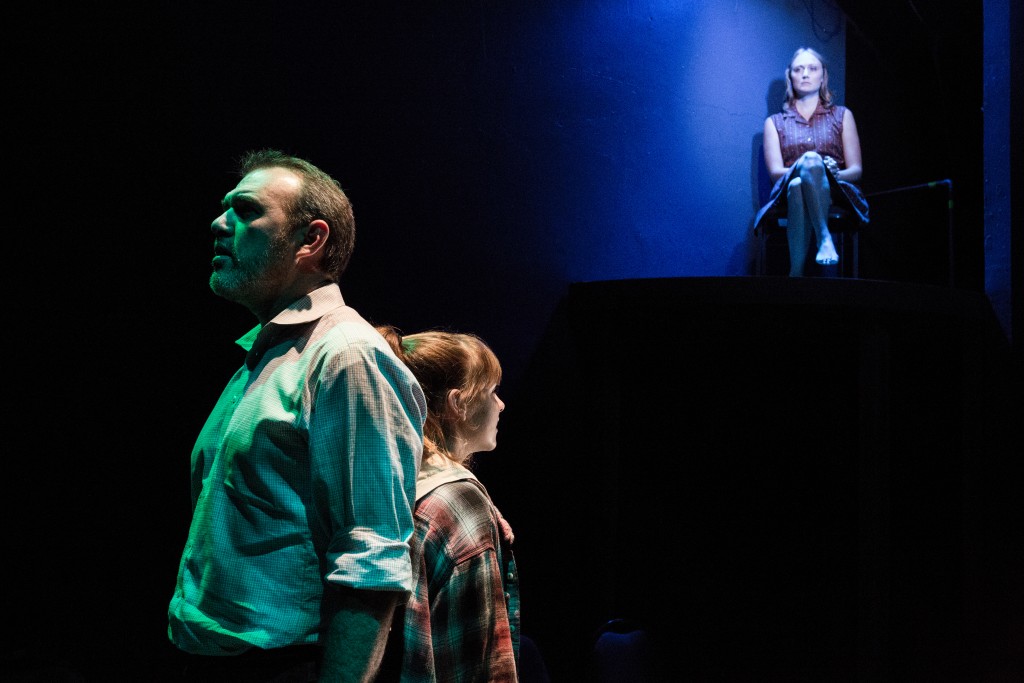 Depression is a difficult thing to bring to the stage. Not only is it a topic that is wrapped in denial and stigma, it is also deeply internal, and therefore difficult to embody in an outwardly interesting manner. Yet, that is the very topic Tony-winner David Rabe decided to tackle in his newest play, “Good for Otto.”

The main character is Dr. Robert Michaels (John Gawlik), a psychiatrist who is dealing with his own inner demons and the long-held resentment of his mother who killed herself when he was a small child. Brittany Burch plays the role of Dr. Michaels’ mother, or rather her ghost, or perhaps the embodiment of the good doctor’s mental image of her memory. It is difficult to pin down who or what exactly Burch’s character is. And that seems to be by design. In fact, it is openly discussed in the dialogue between the two, and examined in a monologue directly addressed to the audience. And yet, with much time spent upon the issue, the answer remains unclear. Guessing as to the point of the character, I’d have to say that Rabe was shooting for her to be the physical representation of depression itself. She is sometimes wicked, sometimes comforting. She seems rational and fair, completely logical, but nevertheless remains a force of constant negativity in the protagonist’s life.

Many of the other characters within the play are being treated for depression. And their stories are all woven together through Dr. Michaels’ clinic. We meet many, many people in this play—perhaps too many. In the extremely limited space of The Gift Theatre, the large cast seems to overfill the theater, and the script could likely benefit from a couple of the patients’ stories being cropped out of the overall picture being presented.

Despite the high quality of the dialogue in all of the play’s segments, the script could easily be edited for a tighter focus that doesn’t sidetrack itself with regularity. This is a work which often gets distracted while searching for something beautiful. (Christopher Kidder-Mostrom)