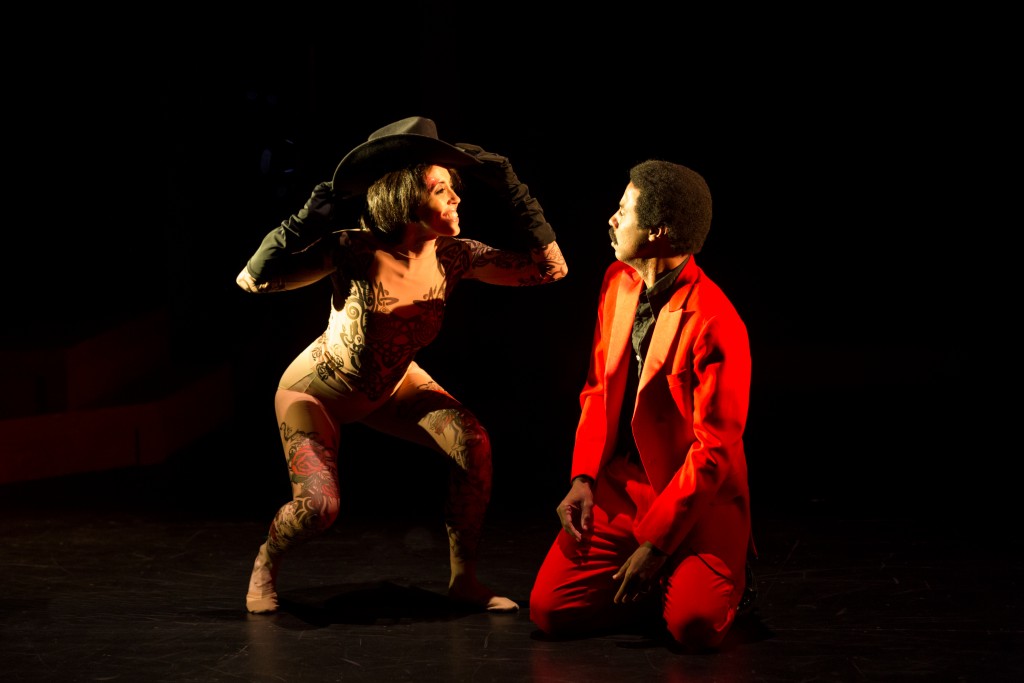 “Unspeakable” by James Murray Jackson, Jr. and Rod Gailes OBC can be summed up in one word: inexplicable. Sure, the play is loosely based on the life story of Richard Pryor. Sure, Jackson’s portrayal of Pryor is remarkable—his appearance, voice and mannerisms are spot on. Sure, there are vignettes that introduce members of his family and tell tales that even some of the biggest Pryor fans do not know. But clarity is lacking. It seems that one must be on as many drugs as Pryor was to make sense of what is presented here. I mean, how do you wrap your head around a character who is the physical embodiment of the memory of a dead and desiccated rat (Taryn Reneau)?

From the very beginning the play lands with a dull thud. I imagine this went differently in years past (the show debuted in a simpler form in the 2005 New York International Fringe Festival). However, given what has been learned over the last ten years, starting a show with ten-plus minutes about Bill Cosby is a risk. It sets an odd tone that is difficult to overcome.

For the entire first act, Pryor is tormented by memories of his horrible upbringing. Raised by his tough-love grandmother (E. Faye Butler) after his pimp father (Ronald L. Conner) and slattern mother (Kierra Bunch) divorce, Pryor suffers from sexual abuse, racial discrimination and a lack of self-worth. He is also constantly teased and tormented by a woman in a tight white body suit with X’s over her eyes (Reneau’s dead rat).

The second act is a fast-paced trip through every sexual encounter and drug-induced bad decision that Pryor made during his professional career. They are assembled disjointedly with no clear segues. The whole thing is a jumbled mess. It is almost as if someone tried to tell the story of Pryor’s life through his own crack-addled perspective. There are randomly placed flashes of blinding light throughout the show, and Felix E. Cochren’s set design does nothing but complicate a play that desperately needs something to pull it all together. (Christopher Kidder-Mostrom)