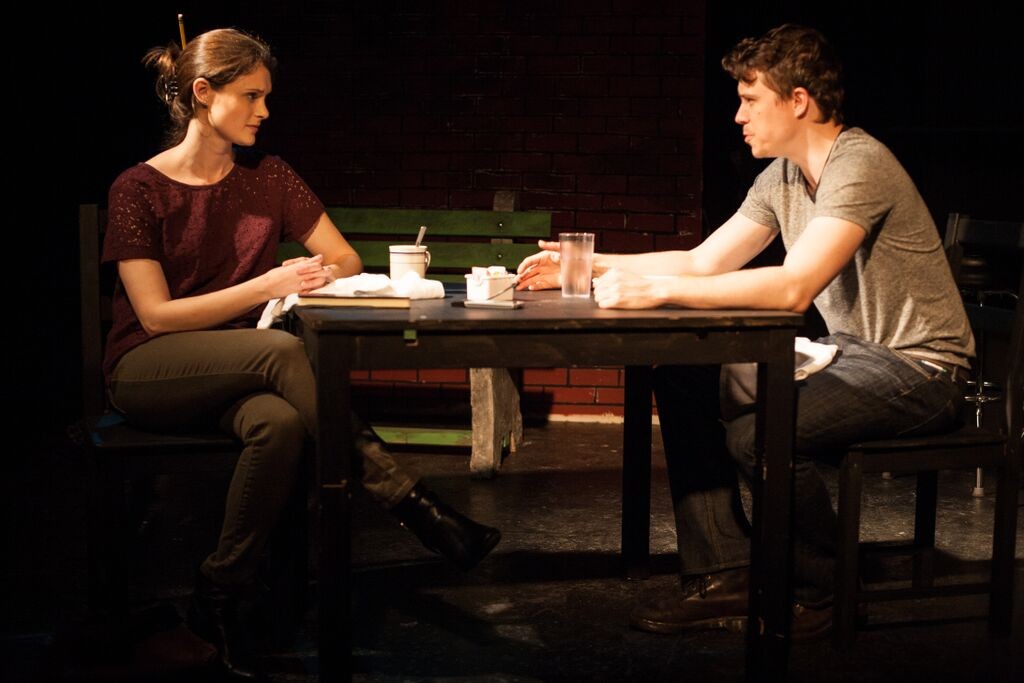 In a world where “Serial” became one of the most highly consumed pieces of media last year, a play that tackles investigative podcasting seems a natural target for a theater company whose mission is “to find honesty in ‘the awkward.’” Awkwardness is at the heart of Ellie Reed’s “The Beecher Sisters.” On the surface, it is a play about an amateur journalist who, after years of not really seeing the people around her, decides that she should be “the person to find the missing”—as in missing persons.

Caitlin Collins plays the Inquirer, who has set for herself the daunting task of sitting down with a small town’s citizenry and reopening a five-year-old wound: the youngest daughter of a well-regarded family was abducted when she was thirteen years old. As she attempts to make sense out of the unsolved case, she interviews a needy, nosy neighbor (Jennifer Betancourt), an eighth-grade teacher (played with warm, natural energy by Echaka Agba), and people whose only interaction with the missing girl was by way of her much older twin sisters. Zach Livingston brings one of the elder sister’s boyfriends alive in a fast talking, shifty way that increasingly makes him appear to be a suspect in the girl’s disappearance. Livingston craftily navigates a character who starts out nice and sympathetic, but becomes something much uglier.

It isn’t exactly a spoiler to say that the play ends without a resolution. Normally, this would seem like a flaw in the writing. However, in this case, there are no easy answers, and because we are sucked into the story early on, we leave the theater pondering the same mystery as the Inquirer. What happened to Madeleine Beecher (Samantha Beach)? In flashbacks we see her on a bench in an awkward chat with a boy (Steve Thomas) who has a crush on her. Throughout the flashbacks we get to know a girl who no one else has taken the time to know. And we realize that middle school awkwardness is beautiful when juxtaposed with the adult interactions within the script. (Christopher Kidder-Mostrom)