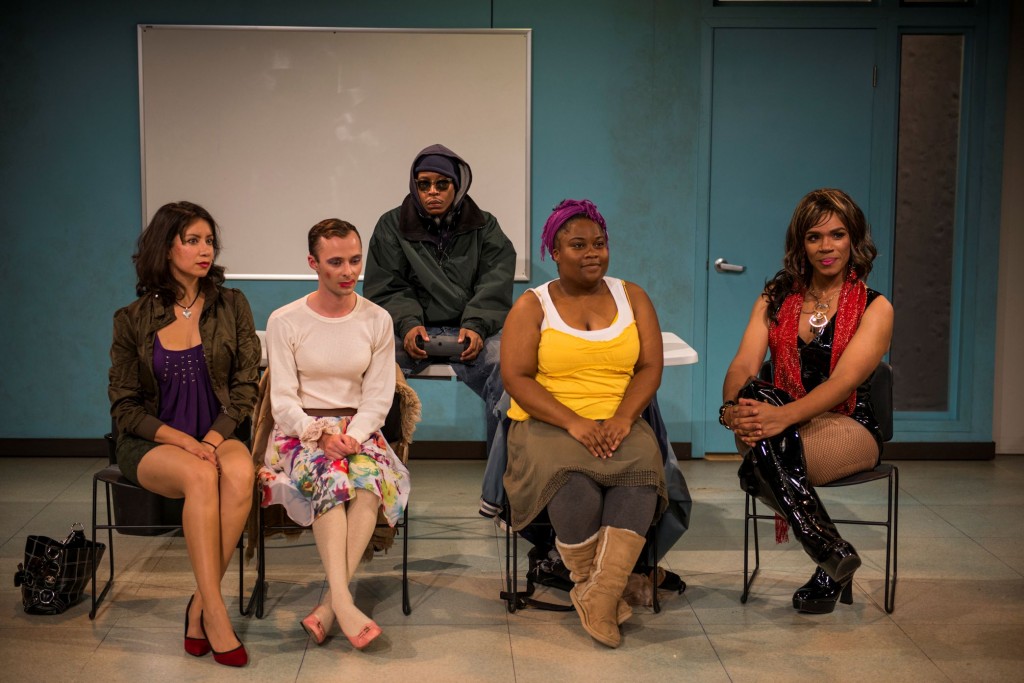 I remember being furious as a child when my mother threatened to find an etiquette class for me to attend. She seemed charmed by the idea of having a well-mannered little girl and I couldn’t think of anything more unjust than having to go to such a class on account of my sex while my brother didn’t have to on account of his. How unfathomably unfair, I felt, that girls must be polite while boys are forgiven their rudeness on a daily basis, simply because they are boys. Of course, I have learned since that, like all things, etiquette is more complicated than that and fairness has little to do with anything anyway.

Philip Dawkins’ “Charm,” now in a world premiere at Steppenwolf’s Garage Theatre, beautifully dramatizes the complications of invoking traditional, sex-based rules of etiquette in a world that is increasingly further from the world of Emily Post and her time’s dominant ideas around sex and gender-identity. Mama Darleena (Dexter Zollicoffer), a senior transgender woman, has loved Emily Post since she was a little boy and she takes it upon herself to share Post’s rules of etiquette with homeless LGBTQ youth at the Center on Halsted, believing that charm will help them make their way in an unwelcoming world.

Set up as a dingy classroom at the Center, the stage is surrounded on three sides by the audience, making it feel as though we too are in Charm class along with the dynamic cast. And, for all intents and purposes, we are in a kind of class as we witness the manifold ways in which the rigid rules of etiquette conflict with more fluid gender-identities, illuminating the fragmentations along generational and identity lines within the LGBTQ community.

So many ideas are at work here, ideas critical to anyone’s identity today: how does one show who they really are and be who they really want to be? One of “Charm”’s many shining strengths is that these ideas fall seamlessly into a moving story and are not didactically portrayed. Instead, they rise compellingly to the surface and stick around when recalling the play and its characters. (Joy Miller)