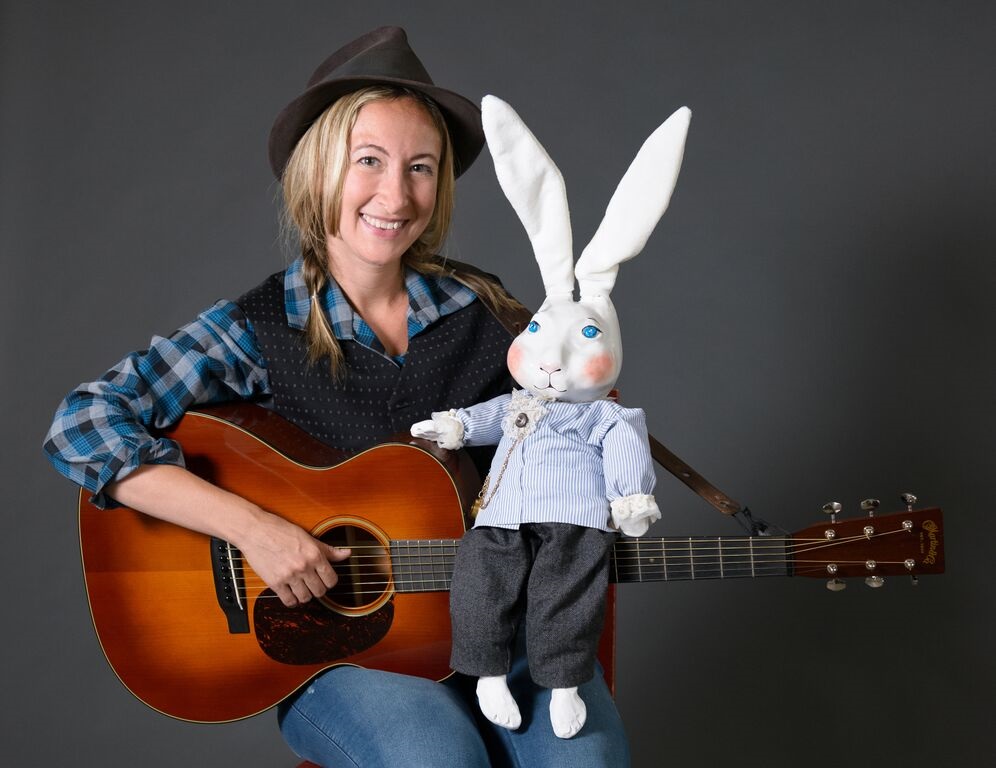 The Chicago Children’s Theatre’s production of “The Miraculous Journey of Edward Tulane” is one of the rare family-friendly offerings actually capable of entertaining the whole family. First adapted to the stage by Phoenix-based Dwayne Hartford and presented here in its Chicago debut, it is every bit the equal to Kate DiCamillo’s source material. For those unfamiliar with the book, the plot centers on the trials and tribulations of a porcelain rabbit named Edward Tulane who occupies the heart of various owners over a span of twenty years. First introduced as a vain, self-centered bunny, Edward endures quite a lot of heartbreak as he gradually comes to realize that in order to fully live one must first learn to love.

Director Stuart Carden tells the story with four actors playing multiple roles. The very talented cast also play multiple instruments with several musical interludes often complementing the story. Jessie Fisher narrates much of the action and Patrick Budde breathes life into the surprisingly resilient rabbit. Melanie Brezill and Kelvin Roston, Jr. also provide solid performances. Besides music, Carden also employs a wide variety of low-budget props such as rope and ladders that enhance, rather than replace the imagination of young minds. However clever this production is (and at times it is quite clever), it is the poignant, confidently developed story that takes center stage.

Although ultimately uplifting, the plot does have its bittersweet moments, including a scene involving the death of a child. In fact, the Chicago Children’s Theatre recommends the show for children seven and up. I did, however, spy a four- or five-year-old child walking hand in hand with a middle-aged woman after the show. She asked the boy what he thought the play was about. “Love,” he answered. The play is indeed about love, but it is also about life being a tricky thing where sometimes it takes being stuck face down in the muck of the ocean floor in order to truly appreciate what is important. (Noel Schecter)