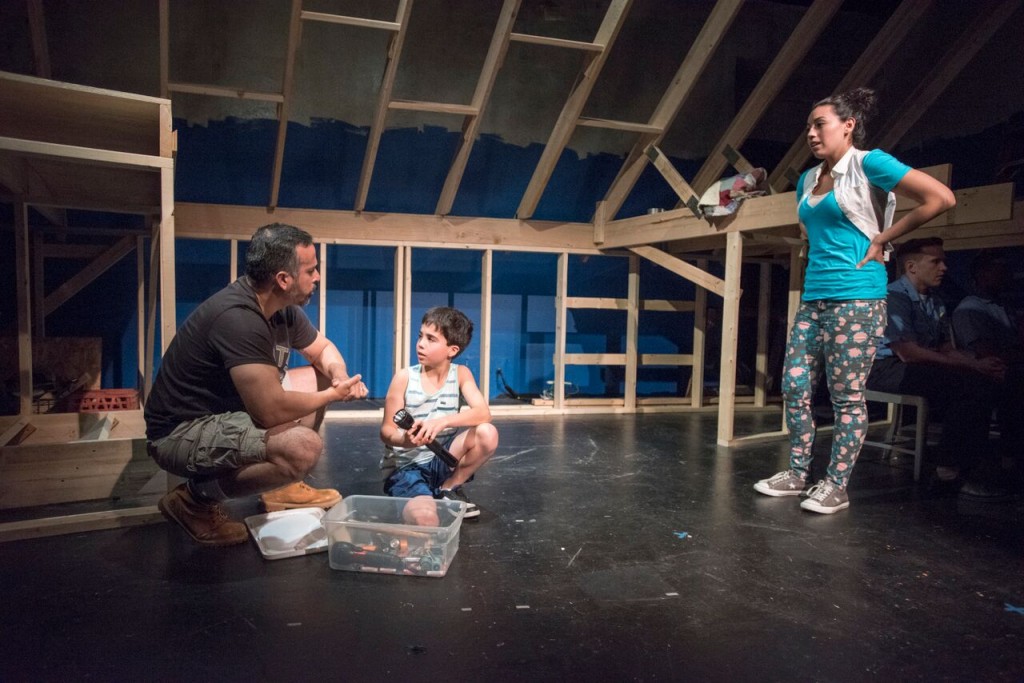 George Bernard Shaw once said that there were only two ways a theatrical production could be successful. On one hand, the show could be timeless, dealing with themes that will always be prevalent in human society, such as the relationships between siblings or the power struggle between government and people. On the other hand, a play can be so topical and significant to the modern day that audiences are kept intrigued by the criticism of a specific event or notion that they are already aware of—this kind of show only being successful for a year or so.

Interestingly enough, despite the centrality of Hurricane Katrina in its plot, Boo Killebrew’s 2011 work “The Play About My Dad,” now receiving its Chicago premiere at Raven Theatre, probably falls into the earlier category of timelessness. After all, this isn’t a play “about Katrina”—the title says as much. Narrating the stories of six people who Killebrew knew that faced the storm head on are Boo herself (the level-headed, talented Tuckie White) and her father (Joe Mack, exuding paternal concern). Boo’s father doesn’t fully understand the world of his own play—his daughter’s play, he asserts—and his attempts to explain and argue over how Boo is telling the story are the true crux of the narrative, and what makes the play feel so engagingly fresh in performance.

Ample focus is still given to the others on stage: a pair of anticipatory ambulance workers played by Patrick Agada and Nick Horst, a nervous couple (the truly excellent pairing of Paloma Nozicka and Miguel Nunez) trying to calm their son (Aaron Lamm), and the elderly woman who cared for Boo’s father in his youth (Sandra Watson, who delivers the play’s most heartbreaking performance). But the focus of Killebrew’s script, and Raven’s wonderfully minimal production, is on the reconciliation of father and daughter, separated by the storm despite Boo not being there. At about 100 minutes, with intermission, there’s nothing added to the play that feels superfluous. It’s just Boo and her dad, telling these stories about Katrina—and their own story. (Zach Barr)