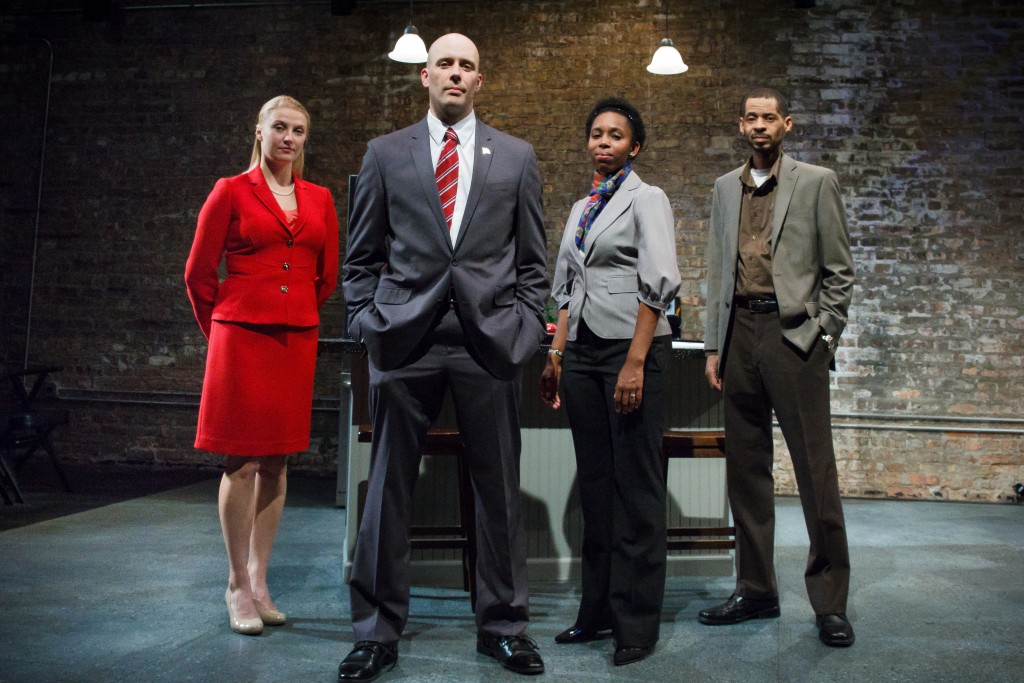 When I first read the description of Meridith Friedman’s “The Firestorm,” I thought I could categorize this play with all the others. I had been down this road countless times with plays that tackled race written by authors that didn’t share the same heritage as some of the characters they chose to write about. Most of them weren’t conversations, but grossly one sided diatribes, riddled with N-word bombs simply for shock value, because the writer had the freedom to say on stage what they couldn’t in real life.

However, “The Firestorm” is a different type of narrative. It’s a well-crafted, poignant, evenhanded examination of how choices made in ignorance in one’s youth can haunt and threaten to destroy one’s adulthood.

Patrick (Vance Smith) and his high-powered-attorney wife Gaby (Kanome’ Jones) are bracing themselves for his run for governor of Ohio. His quirky yet politically savvy campaign manager Leslie (Melanie Derleth) is trying to integrate Gaby into the campaign. Leslie’s strategy is to mirror that of Michelle Obama’s—play down the Ivy League education and high-powered career, beef up the relatability. It’s a significant observation on how Mrs. Obama has been reduced to fashion and vegetables for the sake of relatability, when she clearly has a noteworthy educational and professional background.

Yet Gaby, like Mrs. Obama, is willing to do whatever is necessary to help her husband win, and things seem to be going fine. That is until a racial scandal from Patrick’s past involving Jamal (David Lawrence Hamilton) emerges.

Director Drew Martin’s staging is effective as the story moves through the various rooms of Joe Schermoly’s minimalist set. The chemistry between Vance and Kanome’ is enjoyable to watch not only in their playful banter, but in their harrowing sorrow when words are said out of anger.

In a time where racial tensions continue to grow with each viral clip or photo that appears, Friedman’s script not only provides an open conversation, but in the final scene as experiences are told and choices are made, she might very well have the answer of how healing can begin for us all. (Loy Webb).