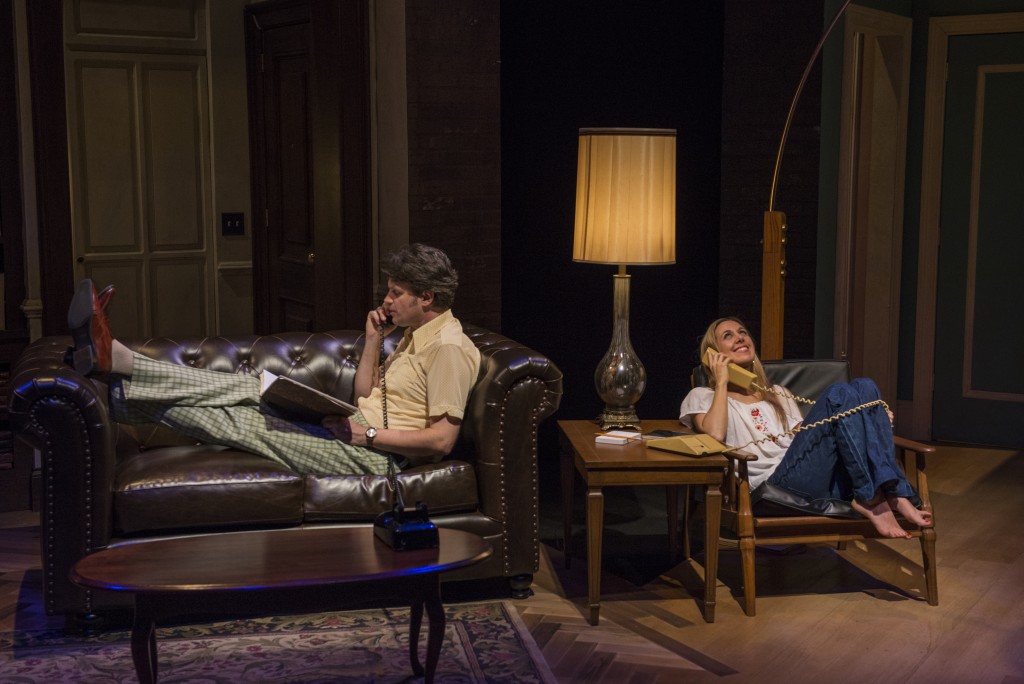 Neil Simon writes plays that are very thinly veiled retellings of the events of his own life. “Chapter Two” is his rendition of the events that led to his second marriage.  The play is a solid piece, but not as stellar as some of his other autobiographical works—“Brighton Beach Memoirs,” “Laughter on the 23rd Floor,” etc. The character of George (Brian McCaskill) stands in for Simon. Within the play, George is a writer who has had some commercial success with spy novels, but who longs to be known for his more literary work. He’s also a very recent widower.

The play is about healing. It is about how in that process of healing we can sometimes hurt others, and how very much we need others to help us heal, too. George is assisted through his mourning period by his brother Leo (Peter DeFaria) who attempts to set him up on a series of failed dates. McCaskill and DeFaria share a truly brotherly rapport on stage, and the intermingled love and frustration that flows through an adult sibling relationship is refreshingly true to life.

The play’s main plot takes off when Leo suggests that George call up Jennie (Amy Rubenstein), a soap-opera actress who is relatively successful on her own. Despite the failed earlier efforts, this one works out, and in short order George and Jennie head into a cute whirlwind romance. Meanwhile, Leo enters into a clandestine extramarital affair with Jennie’s friend Faye (Amy J. Carle).

The chemistry that hums through the men’s scenes doesn’t make itself apparent in the ones featuring the two women together. It becomes more difficult to care about Faye and her desire to have an affair because of a lackluster marriage than it is to cheer for George and Jennie, and then be torn up over their troubles. The play would be better without the subplot, but it is a momentary distraction from an otherwise engaging evening. (Christopher Kidder-Mostrom)