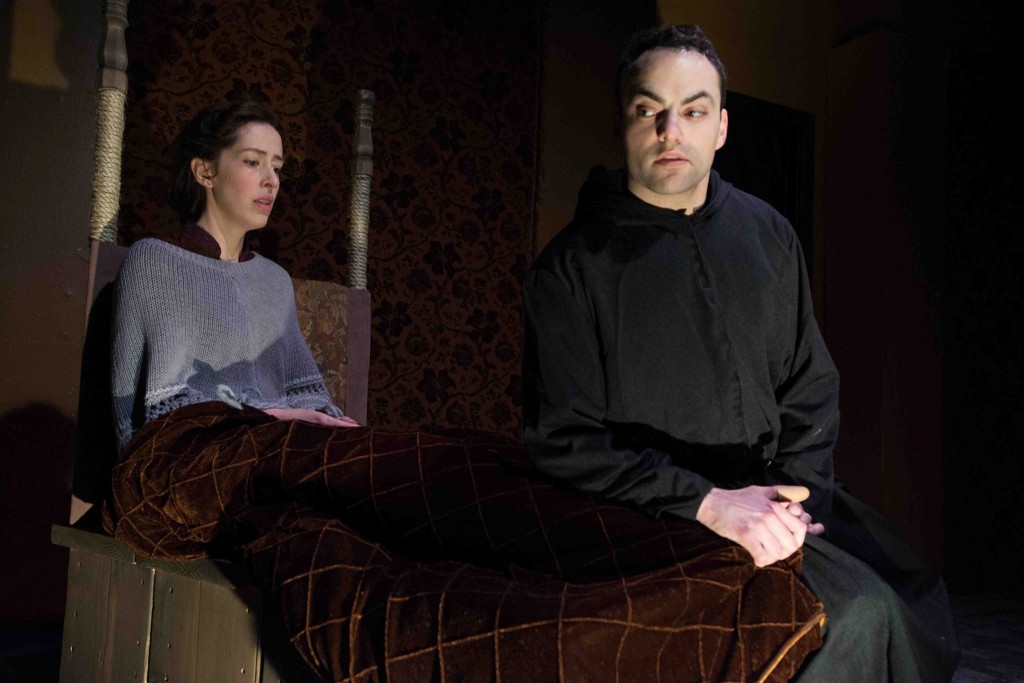 Do you ever find yourself reading about a particular religious event in the distant past whose repercussions have been not inconsequentially amplified through time and think “how convenient?” That kind of healthy skepticism might make for awkward table talk at Thanksgiving but in the fifteenth century it represented a truly heroic act. Or a truly self-serving one, as Heidi Schreck’s semi-historical “Creature” would have you believe.

Putting the chamber in “chamber drama,” Schreck takes on the life of Margery Kempe, a Christian mystic who has the dubious distinction of writing the first autobiography in the history of the English language. Played by Dandelion Theatre’s multi-talented artistic director Katherine Lamb, Kempe’s brand of suburban pettiness lends “Creature” the feel of a medieval sitcom complete with plenty of stakes, though sadly not the kind that drive plot lines.

A middling debut from Schreck—who is still developing her gifts as a writer—Dandelion’s bare bones production is guilty of overcompensating at times but nevertheless succeeds in making its 100 minutes feel quite palatable if a little rushed. A play about the hysteria of heresy, “Creature” may be lacking in patience though, even at this late point in the run, not in passion.

As the conflicted Margery, Lamb is alternatingly fierce and docile. Her meaty scene with fellow mystic Juliana (Leslie Hull) is among the play’s best and most focused moments. The brief time these two fine actors spend together is worth Dandelion’s modest price of admission. Leaving the scene felt like breaking a trance as “Creature” galloped headlong toward its obliquely optimistic conclusion.

Religious hypocrisy is never far away in America though it does tend to rear its gnarled head with greater frequency during campaign season when emboldened candidates trot out soft allegories in order to enforce their inflexible rhetoric. Yet the parallels between American politics and Margery’s journey from self-righteousness to spiritual ease are thin at best. “Creature” is less allegorical than it is simply personal, a testament to humble beginnings and the value inherent in observing oneself as a crucial but not inflated part of a greater structure. (Kevin Greene)

Dandelion Theatre at The Side Project Theatre, 1439 West Jarvis, dandeliontheatre.com, $20. Through November 7.