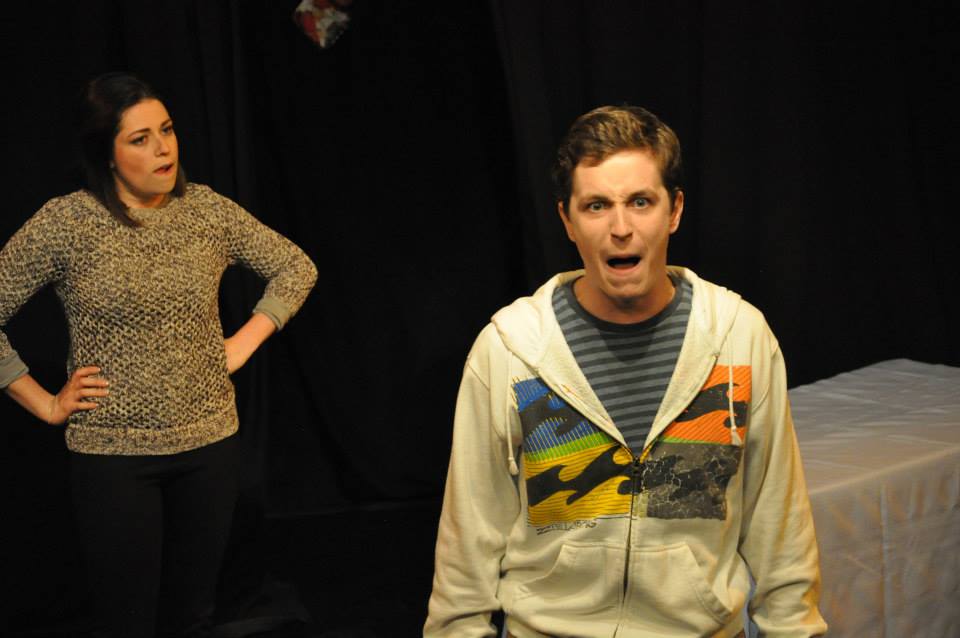 Going into a show entitled “The Thanksgiving Circumcision” gives one a certain set of expectations. Most of those are that the show will be comprised primarily of cheap, one-liner dick jokes. While MCL Chicago’s newest offering does have its fair share of penile puns, it is a surprisingly well-developed show with multiple levels of dramatic and musical merit.

With music by Davyd Redyyk, and a book by Redyyk and Ethan Krupp, this is a full-blown American musical that takes place in the home of Elena (Sophia Shrand) and James (Brendan J. Mulhern) on Thanksgiving Day, a week after the birth of their as-yet-unnamed baby boy, whose adult form (Alan Cosby) narrates the action of the play. Eight days after the birth of a boy of Jewish heritage, the infant lad has his foreskin removed in a ceremony known as a bris. Family is assembled for the carving of both meats, so naturally one happens hard on the heels of the other within this production.

Tradition is the actual topic of the show. It is also about family. While one character does provide quite a few phallus-fueled quips, the rest of the cast tells the tale of a marriage under immense strain, of the struggles of bringing up a spoiled son, of having visiting in-laws who do not agree and do not behave. It could be any family’s Thanksgiving, it just has an added circum…stance.

One pleasantly surprising aspect of this production is just how solid it is. In a venue that normally hosts improvised musicals, this is a polished piece of entertainment. Director Erin Island’s cast is of high quality across the board. Shrand’s vocals and charisma carries the show, but none of her compatriots are far behind. Mulhern’s song about loving his wife is enough to bring tears to the eye from emotional impact, rather than from laughter. There are tears of laughter, too. Mike Gospel’s antics as the spoiled-rotten jerk of a teenaged son, Davis, can lead to doubling over in merriment.

This is a complete package. Not a single thing is missing. (Christopher Kidder-Mostrom)