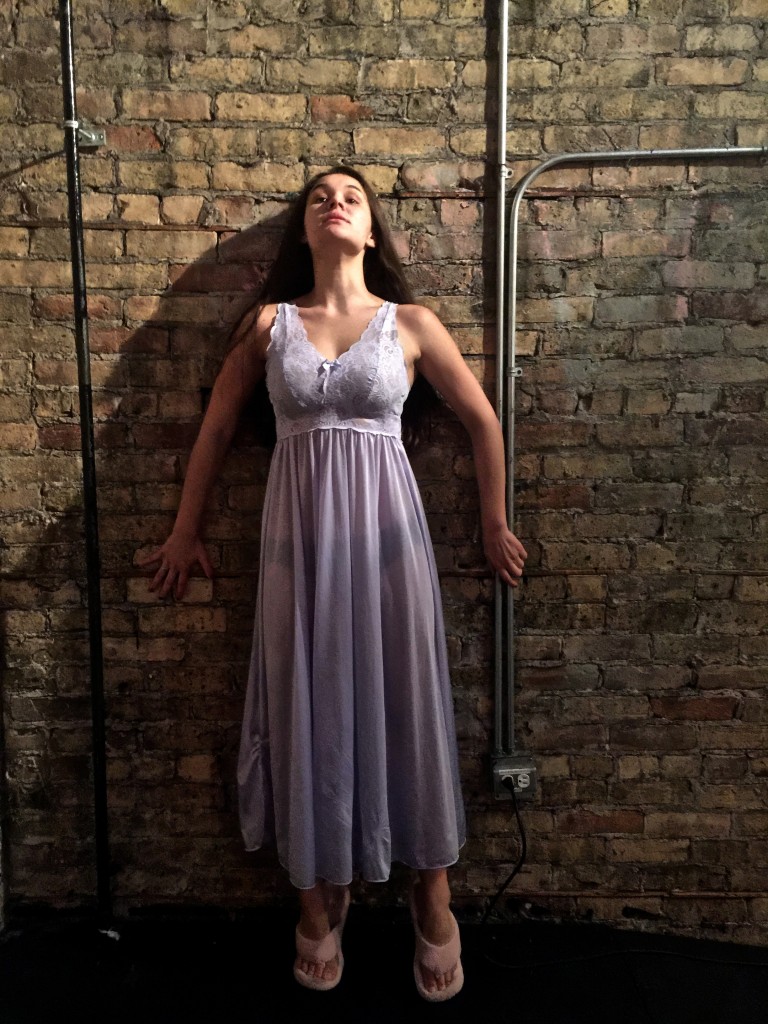 There is nothing controversial in observing that women’s rights have changed significantly in the United States since the 1970s: after the passage of the 1974 Equal Credit Opportunity Act, women gained the legal right to apply for credit; firing a woman because she is pregnant became illegal with the 1978 Pregnancy Discrimination Act; and marital rape began to be criminalized on a state by state basis during the middle years of that decade. The ease with which these progressions are taken for granted, however, is controversial and problematic: such myopia obscures the myriad ways in which current culture is still very much rooted in patriarchy.

Those roots are on full display in India Duranthon’s production of “A Woman Alone,” currently showing at Gorilla Tango. Written in the late 1970s by Franca Rame and Nobel Prize-winning author Dario Fo, this monologue of a woman locked in her apartment by her jealous husband definitely shows its age. Much of the comedy depends on things that are, by now, so socially unacceptable—a constantly groping brother-in-law or a neighbor who never stops leering, just to name a few—that they’re only kind of funny. While the humor seems passé, it’s not like sexual harassment has ceased to be an issue in modern life.

Even though Rame and Fo’s writing can feel stale at times, this fifty-minute production makes up for it with an impressive performance by Natalia Via, who plays the captive housewife, Sharon. Via builds up an admirable amount of tension by alternating between cool desperation, as Sharon slowly remembers suicide attempts and sexual encounters with her husband, and hysterical frenzy as she juggles her leering neighbor, enraged husband, hungry infant and young lover.

Such textured pacing keeps the audience tightly engaged, just as the dynamic choreography (courtesy Taylor Claire Kinser) keeps our eyes glued to Via as she reels around the domestic stage, turning mundane movements into inspired spectacle. One should go see the show not simply for Via’s kinetic performance but also to be reminded of just how much and how little has changed for women since the play was penned. (Joy Miller)