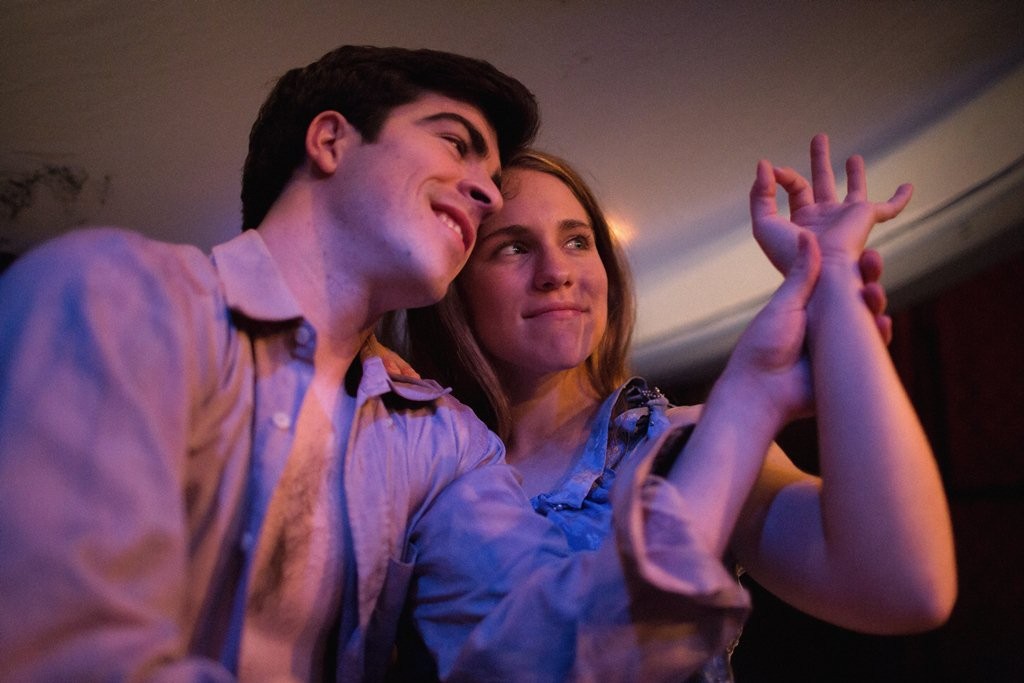 There are a few principles of stage drama that every audience member, regardless of age or experience, implicitly understands. Among them is the importance of intentions. More than words, intentions allow actors to truly communicate a playwright’s message. They are especially crucial when characters are literally unable to expressive themselves verbally. Such is the case in “R+J: The Vineyard,” Oracle and Red Theater’s new adaptation of Shakespeare’s ill-fated love story set within the ASL community on Martha’s Vineyard in the nineteenth century.

A work of socially committed theater, “R+J” features several deaf or hard-of-hearing actors and a handful more that have been trained in ASL. For all of the challenges it must have posed, the text lends itself surprisingly well to a frequently non-verbal adaptation. Indeed, many of the play’s most well known moments are performed exclusively in sign and are all the more powerful for it. Red Theater artistic director Aaron Sawyer—who adapted the text along with managing director Janette Bauer—has an eye for playful and inventive staging. The famous terrace/balcony scene here is played around a revolving wooden frame that perfectly expresses the romantic cat and mouse game of the young couple’s budding affection.

The interactions between deaf and hearing characters are equally rewarding. As the flirtatious, gender-swapping Benvolio, Brenda Scott Wlazlo easily capitalizes on the sexual overtones latent in her relationship with Mercutio (a gangly and lascivious Chris Schroeder). Wlazlo wields her sexual, psychological and physical power with authority. Her transformation into the play’s angel of death in the second half is truly devastating. In a production full of supremely talented women, she sets and yet somehow also breaks the standard.

For all but the most studied literati there will always be some percent of any Shakespeare text that escapes understanding. In terms of literary value, it would be fair to say that most of us are just barely getting the gist. By stripping away the spoken elements of the play and concentrating on the physicality of the performances, “R+J” accentuates the aspect most crucial to our understanding of the text. In doing so the play expands its ability to induce emotional resonance and sustain dynamic interplay. If you were ever curious how the English language’s most crucial tragedy could get any more harrowing, my recommendation, dearest coz, would be to get thee to the Public Access Theatre with greatest haste! (Kevin Greene)