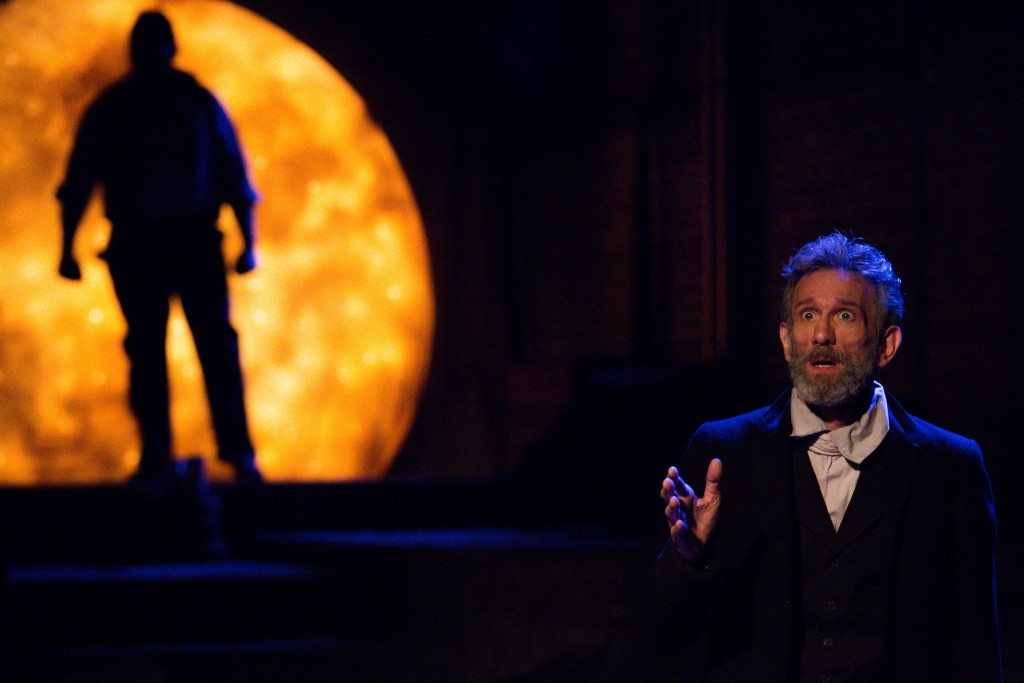 Inconsistency is an inherent part of historical analysis. Not only can the same event be interpreted differently by various parties but much of history goes unrecorded. It is left up to us to fill in the gaps. Idris Goodwin’s “The Raid” attempts to tell the tale of John Brown’s crusade against slavery in America. However, Jackalope Theatre’s production, under the direction of Kaiser Ahmed, has a number of its own distracting inconsistencies.

Although Goodwin’s script is quite verbose and asks a lot of its audience in respect to sitting and watching people telling rather than doing, it does an admirable job of truncating the life events of John Brown (Ron Wells) into an hour and forty minutes. Wells captures the wild-eyed, zealous drive of a man who believes he is chosen by God for a holy task.

This play is also the story of Shields Green, a.k.a. “The Emperor” (Jared Bellot), who narrates the piece and plays an integral role in Brown’s raid on Harpers Ferry. Bellot’s performance truly carries the show. He has few words (the play maintains that Green was a quiet man) but those he does speak carry weight and his silences are even weightier. He accomplishes more for the dramatic aims of the show in moments of quiet than all the wordy exposition put forth by the others.

The artistic choices that create the world around these characters are sadly distracting from the tale they are working hard to tell. The moon is the primary scenic element on the stage. It creates beautiful images though it also illuminates some silhouetted scenes which tear the eye away from the show’s primary action. Many of the props are real or reasonable facsimiles, though the exceptions tend to attract unwanted attention: among a crowd of men holding actual guns, one is clearly constructed out of PVC pipe. Furthermore, Anthony Conway, a black actor, plays a white bounty hunter. The audience spends more energy wondering about what motivated that casting decision than actually paying attention to the scene. In cases such as these inconsistencies are not simply distracting they are confusing as well. (Christopher Kidder-Mostrom)