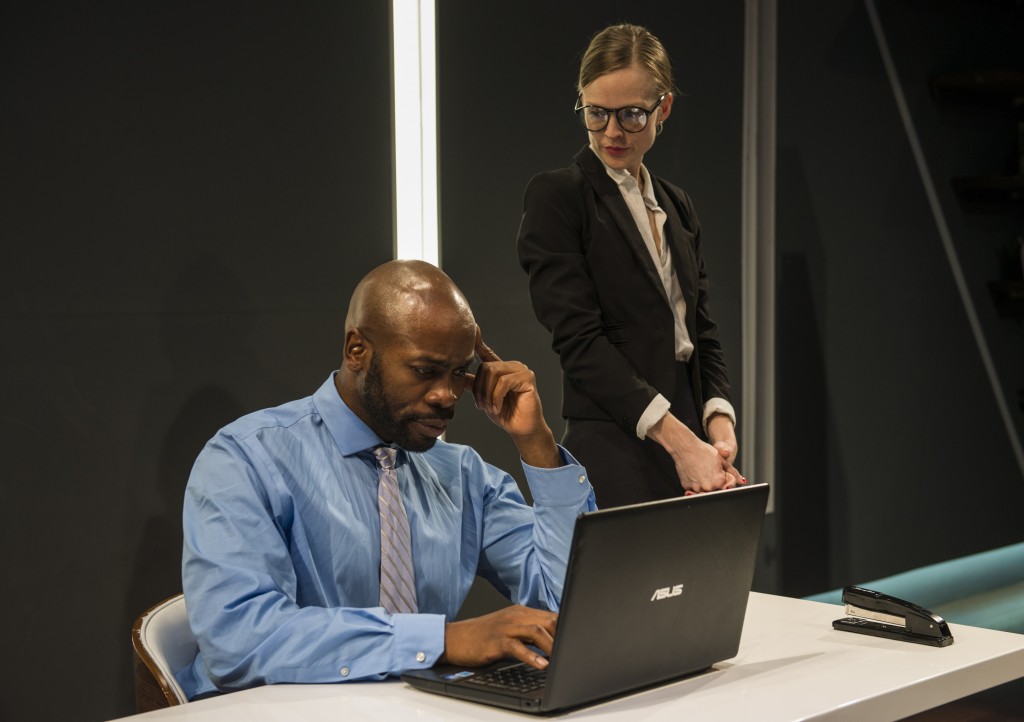 The first show of American Theater Company’s thirty-first season is a rapid-fire tale of one man’s spiraling descent toward largely self-inflicted ruin. Thomas Bradshaw’s “Fulfillment” jumps from one scene to the next with such briskness that the scene changes often outlast the dramatic moments between them. The pace does slow down enough during some longer scenes and it is here that we really come to understand Michael (Stephen Conrad Moore), a moderately successful lawyer at a prestigious New York City firm.

Much has been made in the past of the shock value of Bradshaw’s writing. To some degree, he is an American Sarah Kane. Taboos, violence and sex play a major, unfiltered role in his plays. This holds true for “Fulfillment” as well, although one could argue that the graphic depictions of sex in this play do nothing to serve the actual story, which is unfortunate given the fact that sex choreographer Yehuda Duenyas was involved in the production. In general, the sex acts merely interrupt the action. We gain nothing by witnessing live nudity. A little bit of awkward, light sadomasochism does inform us about the characters a bit, but not too much. Michael is willing to do whatever will make Sarah (Erin Barlow) happy and she’s a bit of a manipulative hedonist. Still, these details amount to little more than window dressing.

Really this is just a story about a man who is frustrated with his own life. He’s having a mid-life crisis. He gets together with a younger woman. He is harassed by his upstairs neighbor. Most importantly, he isn’t where he thought he’d be in his career. When it all comes down to it, he handles almost every situation very poorly. And yet, there are forces beyond his control that also lead to his demise. That neighbor upstairs does really have it in for him. There is a good chance that he really is just the token black guy at his law firm. His girlfriend sleeps with his best friend behind his back. But ultimately, it is his own decisions that drive him to his tragic end. (Christopher Kidder-Mostrom)