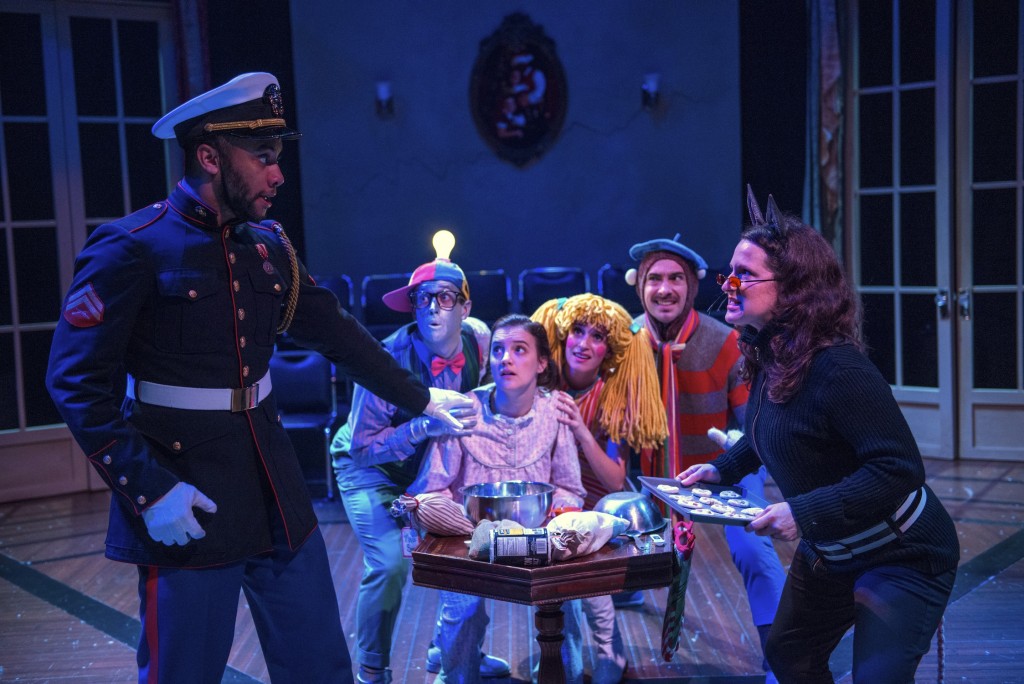 Every person who sees blasphemy in a red Starbucks cup that lacks the adornment of decorated pine trees and jolly old St. Nicholas ought to sit down for a nice, long chat with those who believe that mid-November is far too early to be invoking the winter holidays. The rest of us in-between understand that context—and content—is everything. Such is the case with The House Theatre’s production of “The Nutcracker,” a play of such finely balanced sentimentality that it would be welcome even in throes of a summer heat wave.

Now in its sixth year, “The Nutcracker” is an undeniable crowd-pleaser. Like so many great children’s stories, “The Nutcracker” asserts that certain indefatigable truths are learned in youth and carried forth into adulthood even if they go unacknowledged. This version in particular establishes the differences in coping mechanisms between children and adults. Its suggestion that imagination is directly linked to subconscious stress and sadness further validates the emotional capacity of the demographic this play so clearly channels.

If that all sounds particularly mature, don’t worry. The psychological themes and emotional strains of the play are expertly woven into the fabric of this grand adventure. “The Nutcracker” moves at a furious clip, employing House’s signature combination of choreography, visual invention, puppetry and narrative expertise. There are times when the story almost seemed to be moving too quickly, though I concede this may be a deliberate decision given the pre-adolescent crowd this show is sure to draw.

As one might reasonably expect, House has spared no expense for this finely ornamented production and they have put their impressive budget to good use. Young at heart (and in body and mind, for that matter), the company is afraid of neither mess nor mistake. It is in these very “live” moments that the adaptive skills of the ensemble—both on and off the stage—can be seen in full.

A play that adamantly refuses to take the perspective of children for granted, “The Nutcracker” sets the bar high for a season dominated by parody and other earnest-yet-stiff adaptations of holiday classics. Off-Loop it may be but “The Nutcracker” is nevertheless undeniably on point. (Kevin Greene)