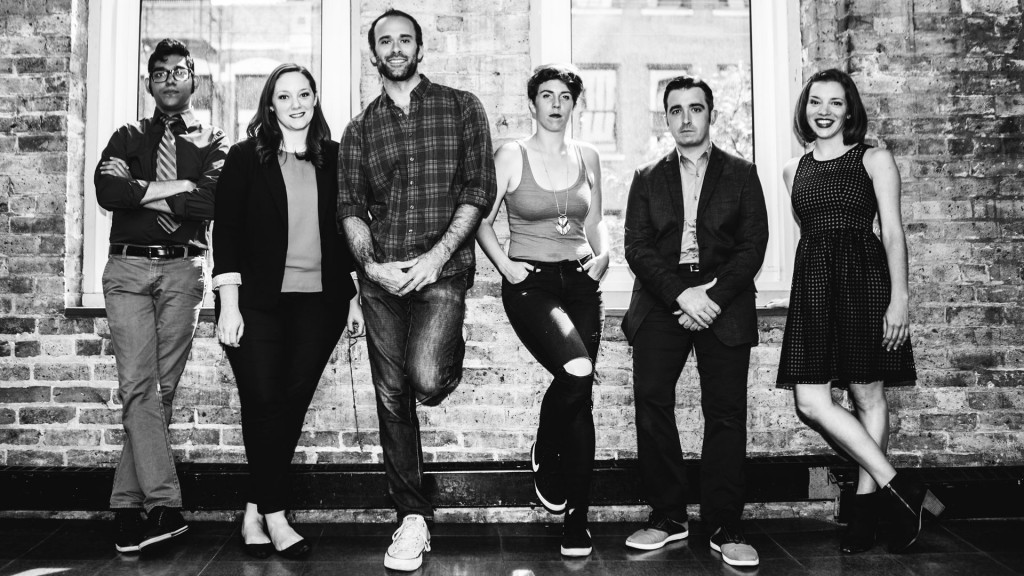 Pulling sketch material from various past revues, this mash-up succeeds in bringing, as the introductory voiceover promises, “speed, volume and hilarity” to weekend matinees and Tuesday nights. And though there are a number of big misses (unfortunately placed at the very start in a proposal scene at an Applebee’s and at the very end in an improvised eighties action flick that flopped hard at the show I saw), the solid hits throughout make for a delightful introduction to Second City-style comedy.

Perhaps the “fast” in the title comes from the exceptionally high number of blackout scenes (short exchanges that end in a punchline and a blackout) included in this show. Though most of them hit, the quick bits, bookended with videogame-like music, lights and movement segues start to drain rather than add energy when so many are packed back to back. Spreading them out a bit might energize the proceedings.

Still, this six-person cast of familiar faces from the Chicago comedy world works with musical director Lisa McQueen to keep things flowing and funny for two acts, and for the most part they succeed, though their connection to the written material sometimes feels a bit flat. (The sketch showing a reunion of retired Luvabulls cheerleaders discussing their love lives is the exception, delivering some of the funniest moments of the show, and not just because Saurabh Pande, an expressive and physically emotive performer, is in drag.)

Surprisingly for a sketch-powered performance, it’s the improv that really brings this cast to life, particularly Ryan Asher and John Sabine (a buoyantly confident comedian who was stepping in for Asher Perlman in the performance I attended). Asher is one of the best improvisers in the city (just last week her improv duo Wolfcatcatwolf opened for all-stars Cook County Social Club at iO) and during the improvised segments she’s unstoppable, especially when her dialogue is coupled with facial expressions that can evoke a laugh before she even utters a word.

This show is indeed fast, loud and funny, but director Anneliese Toft could sacrifice some of the first two in order to amp up the last one. (Zach Freeman)