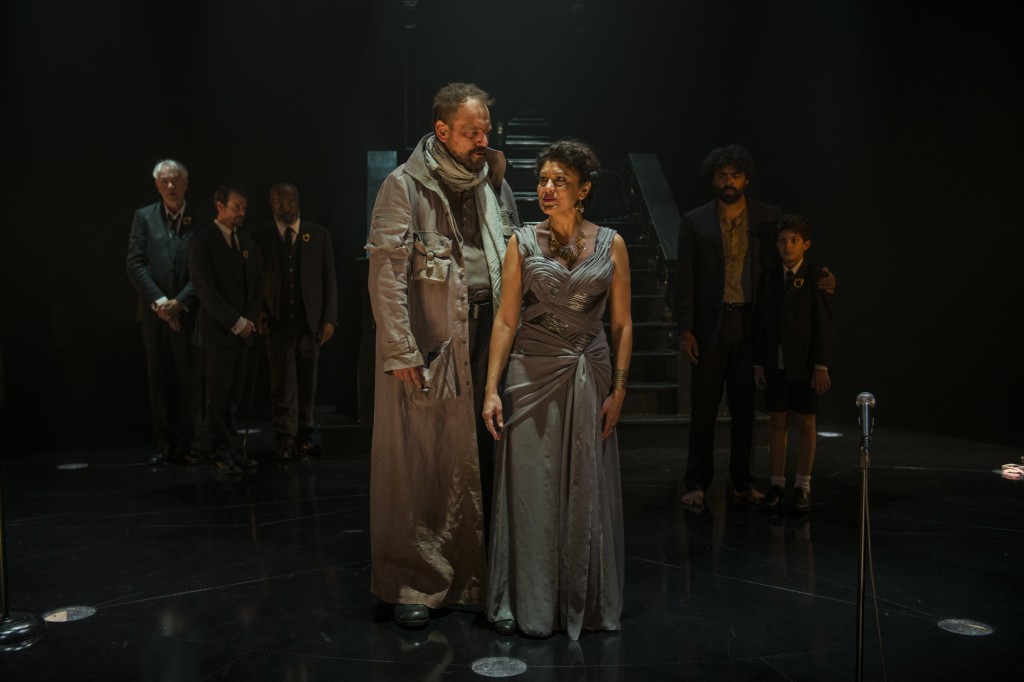 With the holidays descending quickly upon us, you might be dreading all of the time you’ll be spending with your family in the next six weeks. Cousin Joey might corner you in the living room to explain why he got rid of all of his smoke detectors and replaced them with something better. Your mom may spend the entirety of Thanksgiving dinner loudly praising your sister for having her fourth child while the first sits next to you throwing peas into your pile of rancid mashed potatoes. Uncle Karl might drink too much and then sob into the cranberry sauce.
Still, no matter what problems your family has they’re absolutely nothing compared to the trauma explored in “Agamemnon” at Court Theatre in Hyde Park: now there is a family with some serious issues. But hey! The Trojan War ends at the beginning of the play, there’s something positive, right? Well, that’s where the good news stops for the family of Agamemnon with their long list of evil deeds including (but not limited to): curses, bigamy, incest, cannibalism and adultery. When I say cannibalism, I mean brothers literally feeding their nephews to their brothers. It lends a whole new meaning to “mystery meat.”
The second play in the three-year “Greek Cycle” put on by Court, “Agamemnon” is a whole lot of side story told in rather flat speeches by a chorus of three elderly men and one boy—symbolic of the men left behind in Argos during the war. They spend nearly the entire play at the base of the grand entry way into the house of Agamemnon and his wife Clytemnestra, who claims to have spent years chastely waiting for her husband to return from war.
The set is literally slick. Black marble floor, black walls, a black stairway to a grand black front door, which, when opened, reveals a hallway covered in graffiti where Iphigenia’s name is scrawled over and over again. Agamemnon sacrificed her, his own daughter, so that the Greeks could go fight the Trojan War. Meanwhile Clytemnestra obsessively scribbles her daughter’s name on the walls, dreaming of revenge. Happy holidays! (Joy Miller)
Court Theatre, 5535 South Ellis, (773)753-4472, courtheatre.org. $45-$65. Through December 6.