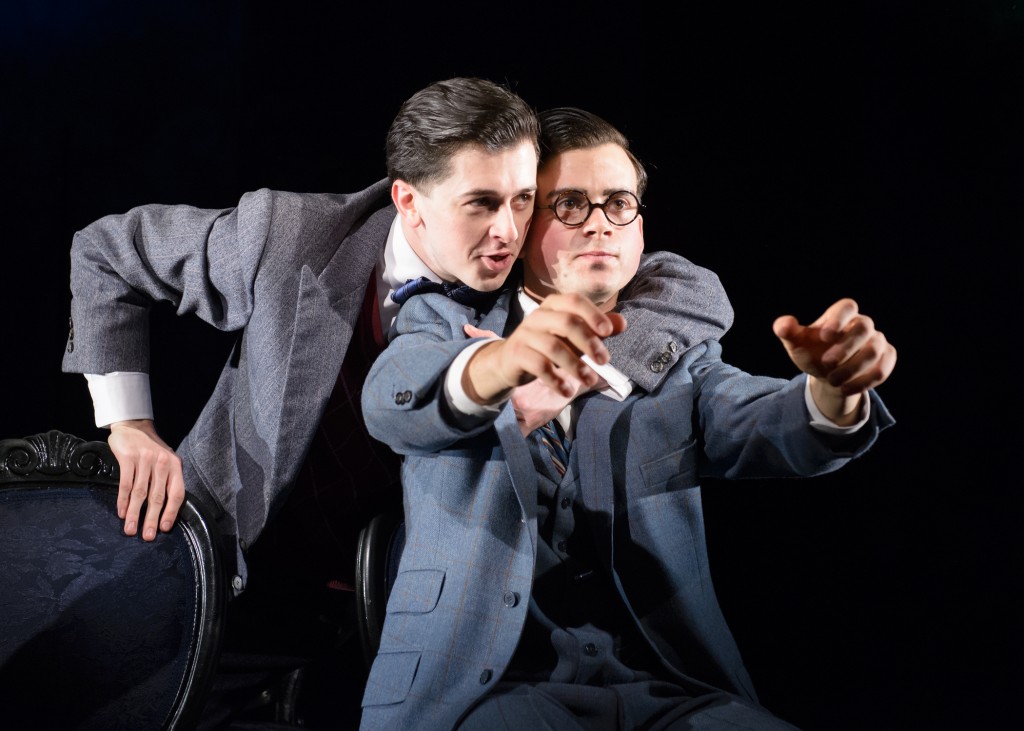 RECOMMENDED
Violence is a peculiar type of thoughtlessness. Even well-plotted attacks stem from the sheer failure to consider consequences, channel empathy or rationally question one’s own motives. Violence is most regrettable because the act itself only lasts an instant while the ramifications that tragically unfold in the lives of others go on forever.
Thoughtlessness and violence are compellingly mapped out in “Never the Sinner,” John Logan’s character study of Richard Loeb and Nathan Leopold: their friendship, infamous crime and subsequent trial. Intricately wrought with quick and dynamic pacing, the play moves through time with brazen disregard for linearity: from courtroom scenes to private moments in prison cells; from small, shared intimacies to the murder of the unwitting fourteen-year-old Robert Franks.
As the story builds, we bear witness to Leopold and Loeb talking each other into committing murder. They intellectualize the act and famously use Nietzsche’s “Ubermensch” theory to convince themselves that they are “exempt from laws that bind humanity.” When Leopold doubts their plans, Loeb goads him on saying, “philosophies are meant to be lived.”
Screaming headlines, pounding gavels and the popping flashbulbs punctuate the play while the lighting design (courtesy Keith Parham) transforms scenes instantaneously, effectively propelling the audience along through this twisted tale. The speed of this production produces a tremendous effect. A sharp and engaged crew of actors nail the furious onslaught of cues like synchronized sprinters constantly taking off in an unrelenting series of fifty-meter dashes.
The cold quickness of the play amplifies the thoughtlessness of the main characters. Despite this, the audience is drawn in by the unrelenting effort to understand the murderers and to consider, as Clarence Darrow (Leopold and Loeb’s lawyer played by Keith Kupferer) puts it, “the darkest recesses of the human mind.” This play has no easy answers; not even rationality can light up these dark recesses. Leaving the theater, you’ll find yourself perplexed and troubled by how easy it seems, even for intellectuals, to adhere to ideologies and to live philosophies without critical thought. (Joy Miller)
Victory Gardens Theater, 2433 North Lincoln, victorygardens.org, (773)871-3000, $15-$60. Through December 6.