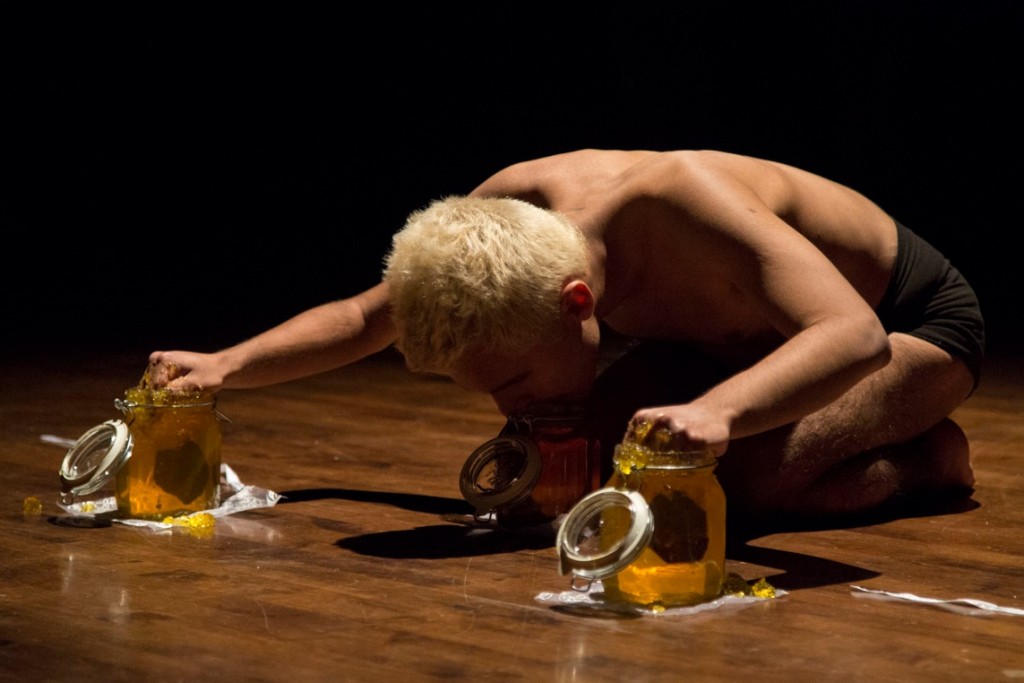 Few of those who taught at the School of the Art Institute haunt this festival so much as the ghost of outré artist Barbara DeGenevieve, who died suddenly in 2014, and whose performance medium, largely a matter of reducing the body to sexuality in her boundary-pushing work, often centered within her practice on photography and video and went so far beyond her chosen, “allowed” media embodiments that she became a subject of consistent government and institutional oppression. Against that background, this ninth iteration of the program from The School of the Art Institute of Chicago Department of Exhibitions and Exhibition Studies, in collaboration with the SAIC Department of Performance, has a lot to live up to with regard to that reflection of the body in any kind of meaningful state, whether in motion or immobilized by inertia. With a largely lackluster showing at this year’s graduate open studios, hopefully this year’s performance works showcase will provide performance and motion studies devotees with something more than just the usual. In fact, the elevated understanding of movement has so far been set in recent memorable instances by innovative dance thinkers at the Dance Center at Columbia College. As institutional challenges go, SAIC’s prospects aren’t that horrible. We’ll see if this year’s coordinators Allen Conkle, Lisa Stertz, Toni Zhao and alumna producer, Lindsey Barlag Thornton, can make some magic happen. Most certainly a hot ticket, especially if these artists are able to perform works with sufficient cognizance of the dance context in which they are presenting. Look for innovators in physical form, and an awareness of multidisciplinarity least; these movements must present transcendent political awarenesses, or risk representing dehumanized, even silly, formalities. Given the uncompromising spectre of human making that hangs in the background, no doubt this lineup won’t fail to provide valuable assessments in the study of movement. (Michael Workman)