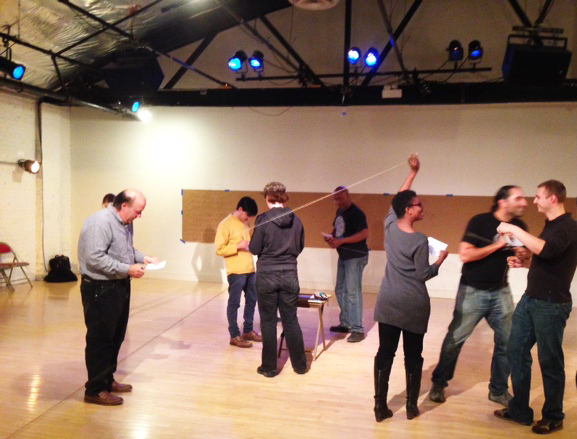 This event, founded by the At the Table Collective, comprised of members Lindsay Hopkins, Mike Lahood, Jessie Marasa, Lara Oppenheimer and Bryan Saner, began in December 2013 at Hopkins and Saner’s home. Originally conceived of as using dinner conversation as a method of community building through open exchange of skill in the interest of collaboration, for its November dance event, the group turns to fungi as its social model. Starting from the presumption of natural adhesions between individuals and community, and drawing on art historical derivations of dematerialization concepts, At The Table’s conversational performance forms around the idea of “mycelial” structures as a way of offering the public a handle on situating this panel discussion in the context of a living performative space between language and dance, and equality between the concept of dancer as audience participant and audience member as dance participant. (Michael Workman)