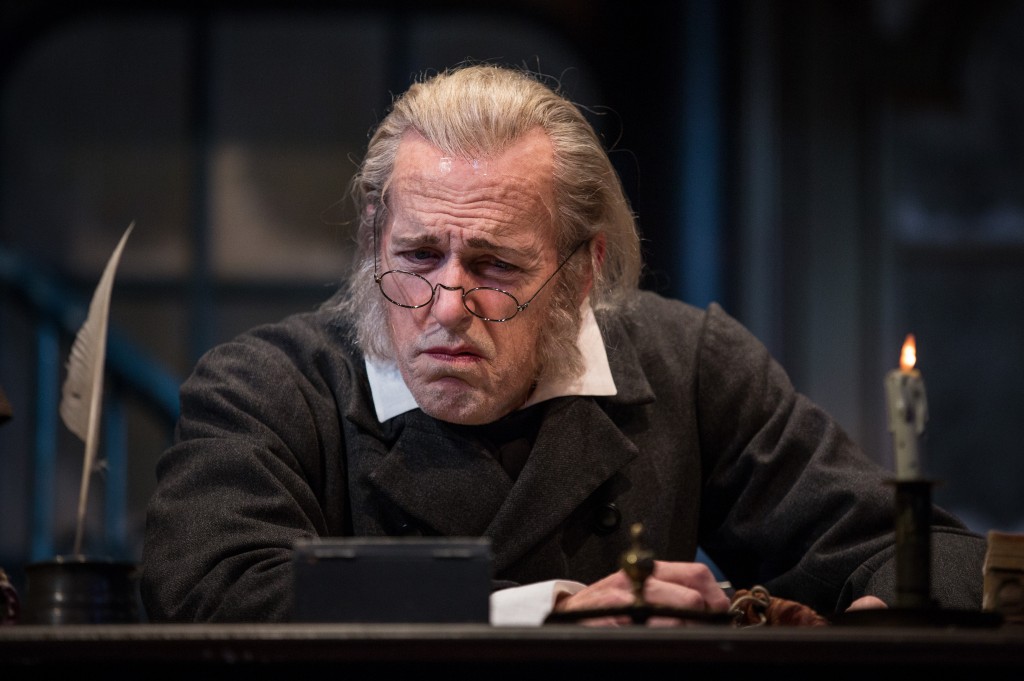 Once again, Larry Yando takes the stage as Scrooge in the Goodman Theatre’s production of “A Christmas Carol.” It is the eighth year in a row he’s played the part. It’s also the same script that’s been performed there annually since 1989. So, as you might guess, seeing the production is like returning to a favorite old book or movie. Nostalgia reigns supreme in any presentation of Dickens’ masterpiece. How can it not? Even children who don’t celebrate Christmas know the story, and know who Scrooge is and what he represents.

A tale as universal as “A Christmas Carol” often benefits from a little harmless ribbing, which Tom Creamer’s adaptation duly provides. There are more laughs and ironic deliveries than one might expect in another rendition that sticks more closely to the original material. Under Henry Wishcamper’s guidance, the production incorporates many lighter moments which keep the show from becoming too frightening for younger audiences.

Yando brings great joy to the role of Scrooge even before his remarkable transformation. He may not make other people’s lives happy but he locates a level of wicked glee as well as great pleasure in the numbers game of finance. Suffice it to say, he is not a one dimensional morality play character. He is multifaceted and therefore more interesting, if perhaps a bit less easily pigeonholed into the role of misanthropic miser. His willingness to goof around a little makes him more human than many of the Scrooge’s cinematic counterparts.

The supporting cast also gets in on the playfulness of this production. Many of the show’s best moments fall to actors who play multiple roles. Kim Schultz and Larry Neumann Jr. get a wonderful moment all to themselves which is memorable, beautiful and funny. Additionally, Schultz displays her comedic chops as Scrooge’s charwoman and as the easily flustered Mrs. Fezziwig. While the entire cast is wonderful, it is the cornucopia of sweet little moments from peripheral characters that really make this a great show. (Christopher Kidder-Mostrom)