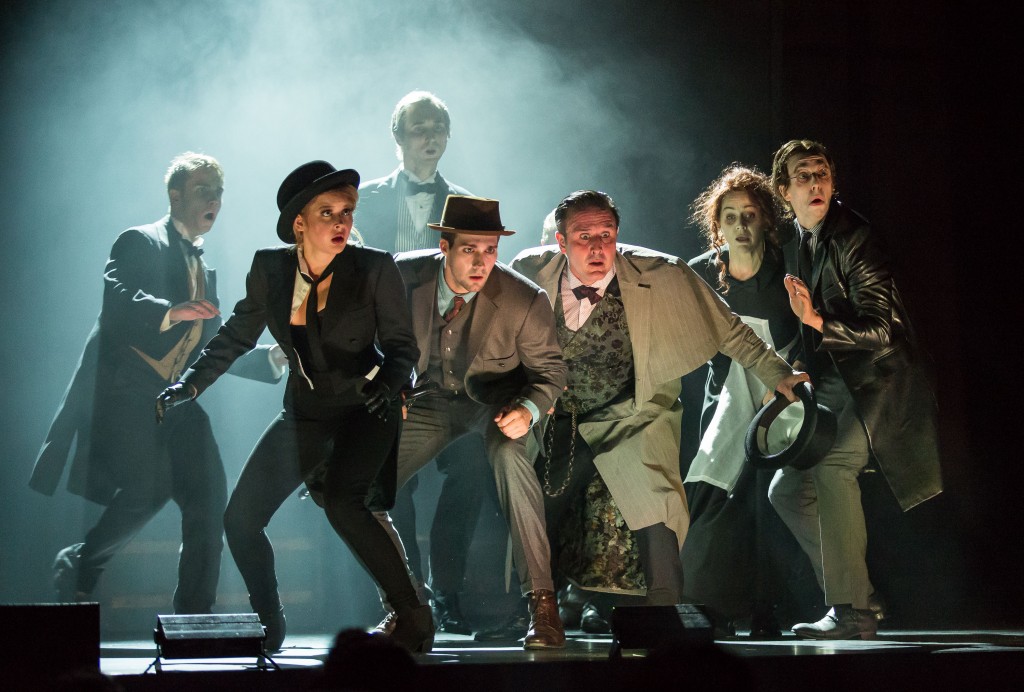 The tales of Sir Arthur Conan Doyle’s famous sleuth wonderfully come to life in this new adaptation of “Sherlock Holmes” by Greg Kramer. Directed by Andrew Shaver with production, set and costume designs by James Lavoie (who has designed for Cirque du Soleil), this version of Sherlock Holmes is funny, fast-paced and most certainly a test of Holmes’ best-known skills: observation and deduction.

David Arquette plays the master detective surprisingly well. He highlights all of Holmes’ trademark demeanors. He’s sharp-witted and frustrating to those who seek to help him. He is also a slightly pompous drug addict. James Maslow as Dr. John Watson embodies the exact opposite of all of Holmes’ bad behaviors. The two make a great pair. Yet no mystery would be complete without a villain. In this production, Professor Moriarty (Kyle Gatehouse) is public-enemy number one. Gatehouse is charming yet cutthroat and able to match Holmes and Watson in this play of puzzles and interweaving storylines.

Given that this cat-and-mouse game is thoroughly chronicled in Doyle’s novels, there is a challenge inherent in bringing these classic characters to life for a new generation. However, the vaudevillian style of production and its broad self-awareness (often breaking the fourth wall and playing into traditional and occasionally surprising tropes) make the nearly two-and-a-half hour production go by in a flash.

The game is certainly afoot but it won’t be in Chicago for long. Catch it while you can. (Mary Kroeck)